For Pieter-Steph du Toit, most of 2020 was spent rehabbing and focusing on one light at the end of what seemed, at times, like a pitch-black tunnel - the Lions Tour to South Africa. 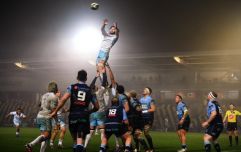 END_OF_DOCUMENT_TOKEN_TO_BE_REPLACED

The Stormers forward, who won the World Cup with his country in 2019 and was named World Rugby Player of the Year, soon after, came close to having his leg amputated after getting injured, last February.

He developed a rare complication, known as 'compartment syndrome', that was preventing proper blood flow to his leg - after he had suffered a haematoma -and was rushed to a Cape Town hospital where a vascular surgeon operated on him that night.

Du Toit is back now and has signed on with the Stormers for 2021. Whether that means appearing in The Rainbow Cup, a South African version of 'Super Rugby' or the upcoming Lions Series, he just wants to get back out on the pitch.

The 28-year-old tells House of Rugby Ireland that he is willing to travel to the UK and Ireland and take on the Lions on their home turf, if that's what it takes for the challenge of a life-time. 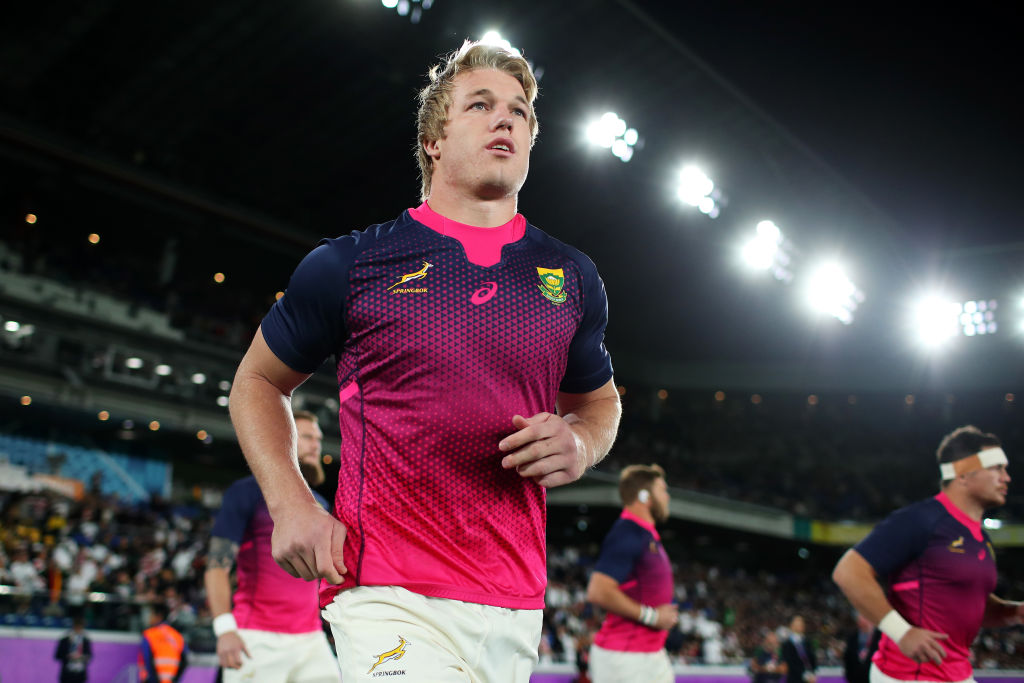 Pieter-Steph du Toit makes his way out onto the pitch prior to the Rugby World Cup 2019 Final between England and South Africa at International Stadium Yokohama. (Photo by Cameron Spencer/Getty Images)
Advertisement

The Lions board are yet to make an official announcement on this summer's tour to South Africa. As of today, the tour is down as a tentative 'hopefully' in the calendars of South African rugby officials, and fans, but the games may play out in front of empty stadiums. 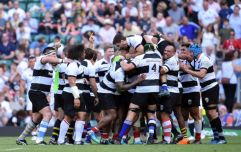 END_OF_DOCUMENT_TOKEN_TO_BE_REPLACED

Conscious that such a tour would satisfy the TV stations but not fill the coffers, two proposals have been given serious consideration in the past six weeks. One arrived via the Australian Rugby Union - including the offer to cover the travel and hosting costs - but that seems to be behind the option of staging the 2021 Lions Tour in Ireland and across the UK.

With vaccine roll-outs continuing apace, across England, Scotland, Wales and Northern Ireland, it is anticipated that fans may be able to return to stadiums - albeit in a reduced capacity - from mid-May. Even if grounds like Twickenham and the Principality Stadium were half full, it would generate more revenue for both the Lions and Springboks.

Pieter-Steph du Toit says he would not like to cede home advantage, especially with South Africans suffering through the Covid-19 pandemic, but he takes a pragmatic approach to facing the Lions.

"I must say, we’re in different times in the world and everyone is in the same boat," he says. "It’s difficult to think about what’s going to happen, and what is the right thing to do, going forward.

"Playing in South Africa is a massive home-ground advantage for us. And just the passion and the honour we’ve got playing here, especially for the Springboks, you always play with your heart on your sleeve.

"When you’re in South Africa and against the Lions, probably three-quarters of the stadium is filled with Lions supporters. So you don’t actually have that much of a home-ground advantage, only the field you are playing on, and I guess that would definitely play a big role.

"So, for us going, for instance, to the UK or Australia, it will be difficult as well. And you’re going to face new challenges. In South Africa, we are struggling with a lot of stuff, at the moment and, I guess, the whole world is going through that. But, playing rugby in South Africa, you always try to put your country in a better place and make the people around you proud, and your families, and the supporters as well.

"So we’ll… even if we play in the UK with a full stadium, filled with Lions supporters, it will definitely be a massive challenge. That’s one we’ll definitely accept, face-on." 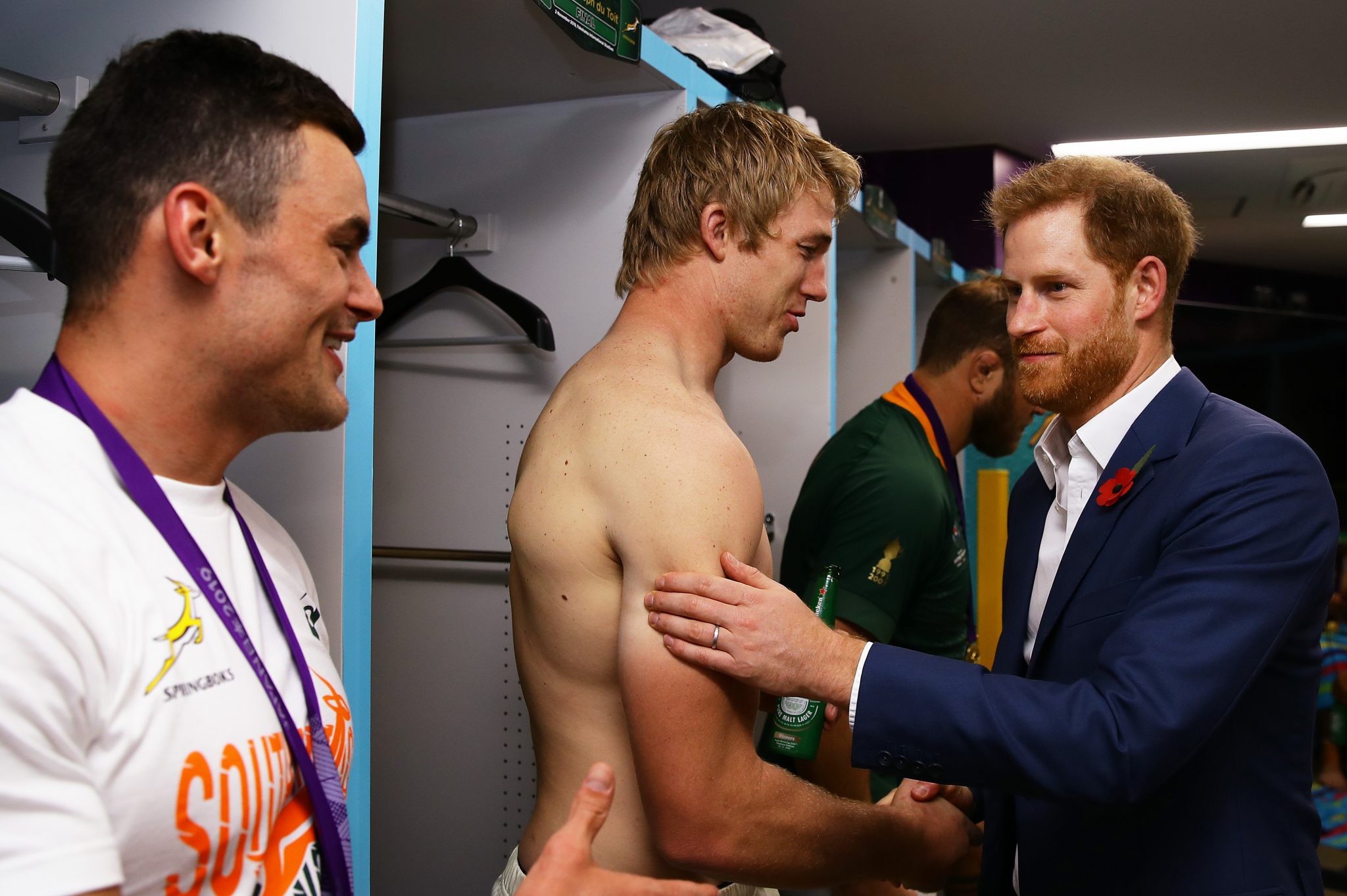 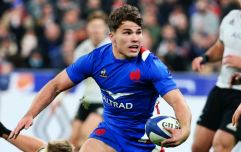 END_OF_DOCUMENT_TOKEN_TO_BE_REPLACED

Du Toit broke into the South Africa team in 2013 and established himself as a regular in the Boks' XV from 2016 on. He is well aware that the upcoming tour - wherever it takes place - will be his one and only chance to play the Lions.

"This is my main goal at the moment," he comments.

"I don’t even think about what’s happening after the Lions. Everything was planned around this year. Only until the end of the year, then everything would have hopefully sorted out itself by then.

"But, like we all know, it’s different times and different challenges we all face. We play [the Lions] every 12 years and it’s a massive honour to be part of it. If you’re born a year too late or too early, you may not make it.

"And a lot of us in South Africa have planned our careers around the Lions Tour. And of course, this pandemic came and threw everything apart. As I said, we’ll have to be able to adapt and change, and definitely have to make plans. I guess, in South Africa, that’s what you always have to do – make plans and think clearly as well."

A final decision on where the Lions will face the world champion Springboks should be made by the end of this month.

There has been a willingness to hold out for as long as possible as the vaccine roll-out provides hope and clarity. However, all sides know that a button has to be pressed soon.

Fitness and form permitting, du Toit will pull on a South Africa jersey again for the first time since the Boks won the World Cup in Yokohama, back in November 2019. Right now, it's a case of have boots will travel.