A scheme set up by the PFA has pointed to data which debunks the myth that young South Asians are not participating in football. 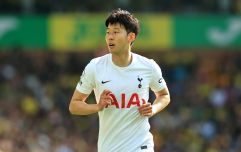 END_OF_DOCUMENT_TOKEN_TO_BE_REPLACED

The Asian Mentoring Inclusion Scheme (AIMS) was launched a year ago and seeks to inspire the next generation of South Asian footballers within the game by boosting representation and challenging barriers.

As well as providing the likes of Zidane Iqbal, who recently became the first ever South Asian to play for Manchester United, with advice and support, AIMS has collated data on the number of South Asian players participating in the game.

Pointing to Sport England figures, AIMS highlight how South Asian players account for six per cent of the total playing population across academic years 3 to 11.

This is not reflected at professional level, however, where just 0.45 per cent of professional players are from South Asian heritage. 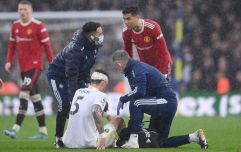 END_OF_DOCUMENT_TOKEN_TO_BE_REPLACED

"The stats and data back up the urgent need for future work," says Middlesbrough's Neil Taylor, who has worked alongside the PFA on the AIMS scheme.

"It dismisses the blanket statement that young South Asian players are not playing football. They are playing, and this is the proof."

AIMS seeks to continue to build on the growth it has seen over the course of its first 12 months. It has already helped young South Asian players by providing them with access to a network of senior players, including Taylor. A series of face-to-face and virtual events have also been put on, offering support and career advice.

"The AIMS scheme is a great platform that has allowed me to engage with senior pros who have given me valuable advice on my football journey," says United youngster Iqbal, who made his senior debut for Iraq in January. 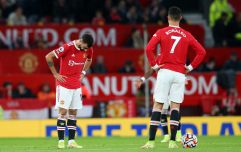 PFA chief says players are being treated like machines

END_OF_DOCUMENT_TOKEN_TO_BE_REPLACED

"I also enjoy interacting with the younger players both virtually and at the events and giving back to them in any way I can. We know there is more work to do but I can see progress and want to help."

"I am extremely proud of the ground-breaking work we have achieved over the last 12 months - AIMS has grown considerably," says Riz Rehman, the PFA Player Inclusion Executive.

"We want to thank the senior players, young professionals and scholars who participated extensively and fully embraced the scheme in the first year. Collectively we have laid solid and sustainable foundations to push for meaningful and long-term change.

"I truly believe we can see a change in the future. We will continue to challenge well-documented barriers for South Asian players, but we feel strongly there is a real opportunity to focus on the powerful positive narrative demonstrated by our players, the clubs and wider communities."

popular
Multiple fatalities after planes collide mid-air over airport
Gerard Butler breaks silence after death of 'brother in arms' Darius Danesh
UK city named the 'most dangerous' in Europe, according to study
Incredible case of the only known individual whose parents were two different species
Mum cuts off boyfriend's 'private parts' after he 'tried to rape 14-year-old daughter'
Man gets full sized Stella tattoo on his head because he loves the drink that much
Rachel Bilson says Bill Hader's 'big d***' is the thing she misses most about him
You may also like
News
FAI and PFA come out in support of James McClean amid social media abuse
Sport
PFA officially launches Asian Inclusion Mentoring Scheme
News
PFA to launch task force to examine links between football and dementia
Sport
Footballers to boycott social media for 24 hours in stand against racism
News
Graeme Souness 'doesn't regret a word' of 'man's game' comments that sparked sexism row
Next Page