"People wonder why we don't want to associate with England fans?"

UFC star Paddy 'The Baddy' Pimblett has explained why he and many other Liverpudlians class themselves as 'Scouse not English'.

END_OF_DOCUMENT_TOKEN_TO_BE_REPLACED

The 26-year-old is a proud Scouser and became an immediate star in the UFC after his debut win over Luigi Vendramini back in September.

For decades, natives of Liverpool have distanced themselves from English nationalism for a variety of reasons.

The predominantly working class city suffered greatly at the hands of Margaret Thatcher's Conservative government during the 1980s.

Pimblett previously told JOE how he believes "the government tried to manage decline" of the city.

"The government tried to manage decline of my city. Scousers fight back against the establishment and it's what we'll always do."

This is why people from Liverpool are as hard as nails, according to UFC star @PaddyTheBaddy pic.twitter.com/uOysUMr42u 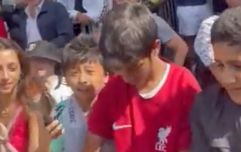 END_OF_DOCUMENT_TOKEN_TO_BE_REPLACED

Relations between Liverpudlians and the rest of England were also soured in the aftermath of the Hillsborough Disaster, in which 97 Liverpool fans lost their lives at an FA Cup clash with Nottingham Forest.

Travelling Liverpool supporters were initially blamed for the atrocity by vast swathes of English society, including police forces, politicians, tabloid media outlets like The Sun, and fans of rival clubs. These claims have since been dismissed by the High Court. 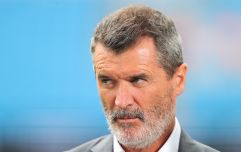 END_OF_DOCUMENT_TOKEN_TO_BE_REPLACED

Nevertheless, relations between Liverpudlians and the rest of England remain strained.

Pimblett has now taken to social media to explain why so much ill-feeling still exists.

Responding to a Twitter user asking why why he was 'Scouse not English', Pimblett replied: "Of course lad why wud (sic) we want it any other way when the rest of the country hates us an (sic) talks shit about us 24/7?"

Paddy The Baddy then went one further, hitting back at a Leeds United fan who labelled him a "f***ing Scouse victim".

"And people wonder why we don't want to associate with England fans?" asked Pimblett.

The Liverpudlian's outspoken persona, coupled with his background in Cage Warriors, has drawn comparisons to Conor McGregor.

But Pimblett isn't too fussed on the likeness.

The Liverpudlian admitted the two could clash at some point in the future, but it is a distant prospect at the moment.

"I think in a few years our paths might cross, but for now there's not really any point in even mentioning us in the same sentence."