Talk about a family feud.

27 years since have passed since Chris Eubank shared the ring with Nigel Benn for the first time but the rivalry between the two former WBO middleweight champions continues to make headlines. 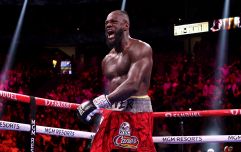 END_OF_DOCUMENT_TOKEN_TO_BE_REPLACED

Eubank stopped Benn when they first met, in November 1990, before the pair fought to a split draw three years later.

As recently as February, Eubank suggested he was coming out of retirement for one last fight and fans were in little doubt about who they wanted to see the 51-year-old matched up with.

Now my son is champion of the world, It's inspired me 2 have 1 last fight for the excitement that comes with risk
🔥👊🏽 pic.twitter.com/OHViekP1bi

The sons of both men have now developed into accomplished pros in their own rights, with Chris Eubank Jr. currently the proud owner of the IBO super-middleweight title and Conor Benn holding a perfect professional record of 11-0.

While Eubank continues to play a pivotal role in his son's career, always cornering 'Next Gen', the same can't be said for Nigel Benn, who takes something of a back seat for Conor's fights.

However, following Benn's most recent victory, a hard-fought points win over Cedrick Peynaud just last week, Eubank Sr. recommended that the youngster rely on his dad's expertise more often if he is to avoid sustaining the kind of damage he did in his fight with France's Peynaud.

Some time ago I advised you to keep your father close because he has knowledge that no trainer can possibly have& it will protect you in many profound ways because of his experiences.
Another 3 fights like your last and you will be a used fighter@ConorNigel#staynexttothegreats pic.twitter.com/bEs3IcP39V 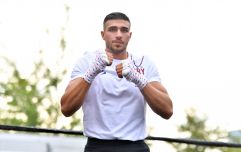 END_OF_DOCUMENT_TOKEN_TO_BE_REPLACED

While the advice from the 51-year-old was not bad in that he was advising Benn to be more cautious in future contests, the public manner with which it was delivered did not sit well with 'The Destroyer'.

"This ain't necessary mate," Conor Benn responded. "Why don't you DM me? Instead of talking rubbish in the public again like u did before when I had put you in you place. You wanna chat DM me."

And now Nigel Benn has had his say on his fiercest rival's message, suggesting that he was happy to see his boy come through a firefight with a better sense of what he was capable of.

Sum times u hav these fights that show who u r Chris & Conor will learn from that (not being reckless) & my son & I talk everyday ??, thank u 4 yor concern but prepare yor son 4 his "WAR that's coming" ????

Thank u RICKY, Conor & I speak each day & if he has a problem I'm there?, he was reckless but he'll learn from that mate & we will mov on? worry about ways coming his sons way???????