Newcastle United owner Mike Ashley has called on the Premier League to slash the price of pay-per-view matches from £14.95 to just short of a fiver.

Even if you're a Sky or BT Sport customer, you'll still have to splash out to watch your team play - so long as the game isn't being screened live by one of the main broadcast partners.

Football fans up and down the country are already out of pocket due to the fact that season tickets can't be used as normal. Many have bought streaming packages to follow their team from home. Adding a further subscription on top has been criticised for hitting fans even harder, at a time when much of the country is struggling to make ends meet.

Mike Ashley's tenure at Newcastle has been marred by controversy. Many Geordies believe Ashley hasn't invested enough in the squad, and has merely used the club as a marketing ploy for Sports Direct.

However, in a statement posted on the Newcastle United website, Ashley said the price for pay-per-view Premier League matches should be reduced to £5.


A statement from Mike Ashley | Pay-Per-View#NUFC 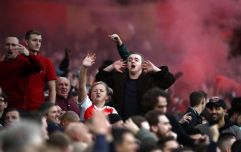 END_OF_DOCUMENT_TOKEN_TO_BE_REPLACED

"I am calling on the Premier League to immediately act and review its current pay-per-view arrangements for live matches in the UK.

"Charging £14.95 for single televised matches in the current climate it is not acceptable to any football fan.

"Supporters have overwhelmingly rejected this offer and the Premier League must now act."

Ashley said the Premier League should consider reducing the price to just shy of £5 in lieu of Christmas coming up.

"Why not make it much more accessible at £4.95 per match until Christmas?" he continued.

Ashley said: "The profit from the above reduced-price pay-per-view option, I would suggest that 50% would be retained by Premier League and 50% would go to the football pyramid below.

"As a club, Newcastle United did vote in favour of the pay-per-view proposal, but to be clear, this was because there were no realistic or any viable alternatives put forward to enable supporters to watch matches."