It would have been so simple to go down the route as Jose Aldo or Nate Diaz but Max Holloway rose above it.

Holloway was not the only MMA star who tuned in to watch Conor McGregor take on Floyd Mayweather Jr. in Las Vegas at the weekend. He beheld the spectacle, witnessed McGregor push Mayweather close in the early rounds and was quick to share his opinion when the experienced boxer beat the newcomer.

Unlike Aldo and Rafael Dos Anjos, his tweet showed undoubted respect for McGregor and his achievements.

Respect @TheNotoriousMMA showed the world we can compete #MayweathervMcgregor

'Blessed' was on The MMA Hour to discuss his plans to defend the featherweight belt once owned by McGregor when he was asked about the big boxing match in Vegas. His take on matters was as classy as his weekend reaction.

The 25-year-old was defeated by McGregor four years ago and has thrown some shade in the Dubliner's direction since then but, when it comes to his most recent challenge, he had nothing but praise.

"At the end of the day," he began, "why be insulted about something that has happened in the past?

"Conor was given an opportunity to represent our sport in a different sport and I think he did damn well. He did a great job. It is what it is. No personal issues. The only time I'm not going to like you is when you'e standing on the other side of the cage from me.

"You've got to give respect where it's due and that's what I do. I've got no bitter history with him. We fought one time and hopefully, one day, I get it back."

Holloway says McGregor proved himself and a handful of top MMA stars proved they could hang with highly ranked boxers. "You and I know Floyd didn't want to get as many times as he did [by McGregor] but he did," the Hawaiian added. 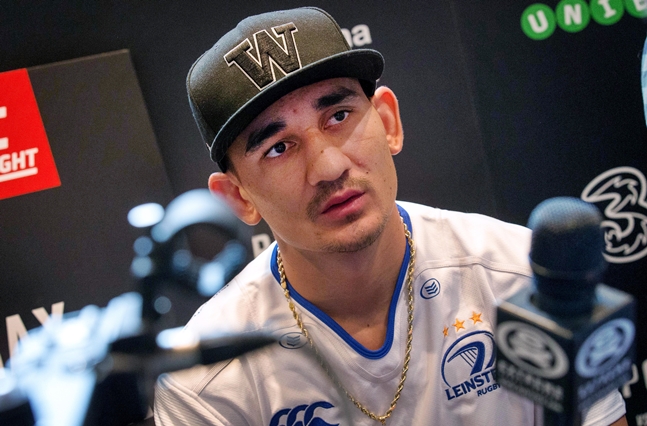 END_OF_DOCUMENT_TOKEN_TO_BE_REPLACED

As for McGregor calling himself the real featherweight champion, Holloway, who won the undisputed belt by defeating Jose Aldo earlier this year, says he is entitled to say what he wants. "He is the champ," said Holloway, "in 2015. You can't take that away from him."

Frankie Edgar would appear to be Holloway's opponent for the first defence of his undisputed title but there could be another scrap on the horizon...

Paulie Malignaggi is a busy lad.

We'd pay to see this fight too.