Snooker's world number one, Mark Selby, has defended Shaun Murphy's comments about allowing an amateur player to compete in a professional tournament.

END_OF_DOCUMENT_TOKEN_TO_BE_REPLACED

Murphy was beaten in the first round of the UK Championship by 19-year-old Si Jihau on Tuesday, later criticising the decision to allow him to play, claiming that he shouldn't "even be in the building."

During his passionate post-match interview on BBC Radio Five Live, he said: "It is not fair, it is not right... I feel extremely hard done by that I have lost to someone who shouldn’t even be in the building.

"I don’t know why we as a sport allow amateurs to compete in professional tournaments.

"We are self-employed individuals and not contracted sportsmen. We don’t play for a team. The other 127 runners and riders in the tournament, it is their livelihood too.

"It is wrong, in my opinion, to walk into somebody who is not playing with the same pressures and concerns I am." 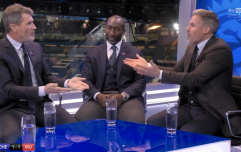 END_OF_DOCUMENT_TOKEN_TO_BE_REPLACED

Jihau was a former professional, however, he fell off the main tour at the end of last season - and he hasn't received support from Selby, who agreed with Murphy's comments.

As per the MailOnline, Selby said: "I think a lot of players agree with him.

"Because [Shaun] said it after he lost, people probably think it is sour grapes and he wouldn't have said it if he had won – but I totally stand by everything he said.

"There's a reason there is a Q [qualifying] School to try to get on [the professional tour], and if you don't get on, you should have to wait another year and play in the amateur events."

The World Snooker Tour allows for amateur players to enter the UK Championship via the 'top-up' system as a replacement for any of the 128 professionals are unable to take part in the tournament.