The signings would add some depth and quality in key positions

Many Manchester United supporters would have told themselves after last weekend's 3-1 win over Aston Villa, that three decent transfers would see them in a good position to challenge their rivals Manchester City next season.

END_OF_DOCUMENT_TOKEN_TO_BE_REPLACED

After a second-string XI succumbed to Leicester City, on Tuesday, and the pick of Olé Gunnar Solskjaer's crop lost 4-2 to Liverpool, on Thursday, they may be hoping for five or six new arrivals.

Following United's sixth home league defeat of the season, on Thursday, former United captain Roy Keane told Sky Sports that United would never be ready to seriously challenge for titles if Scott McTominay and Fred were both starting in midfield.

Keane admires a lot of McTominay's qualities, but he has a point on United needing to seriously strengthen their midfield. Anyone that watched those two recent home defeats would argue that the defence is in greater need of some fresh faces. Up front, keeping Edinson Cavani for an extra season will take the load off Mason Greenwood and Marcus Rashford, but an extra attacking threat is also needed.

It will come as little surprise, then, to hear United are making early moves to get their summer transfer business done. One signing is just about over the line, there has been progress with another two, and they are looking at a fourth that would be a welcome addition to many supporters.

END_OF_DOCUMENT_TOKEN_TO_BE_REPLACED

Starting off with the closest to the finish line - Tom Heaton is set to join from Aston Villa in the coming weeks. The 35-year-old, who has three England caps, will be the veteran goalkeeper in the ranks as Lee Grant and Sergio Romero move on.

Next up is Raphael Varane and reports from multiple outlets that United are holding initial talks with his representatives, and that they are willing to pay £40m for the centre-back. Varane, who won the World Cup with Paul Pogba in 2018, has a year left on his Real Madrid contract, and United are hopeful the Spaniards will opt to cash out.

United fans will be hoping that they either sign Jadon Sancho early this summer, or move on. Few have the stomach for another drawn-out saga. Despite scoring 16 goals and bagging 13 assists for Borussia Dortmund this season, the 21-year-old has not had it all his one way in a team that are only fourth in the Bundesliga. Whereas Dortmund were looking for over £90m, last summer, United appear confident that they could get the England international for £70m. 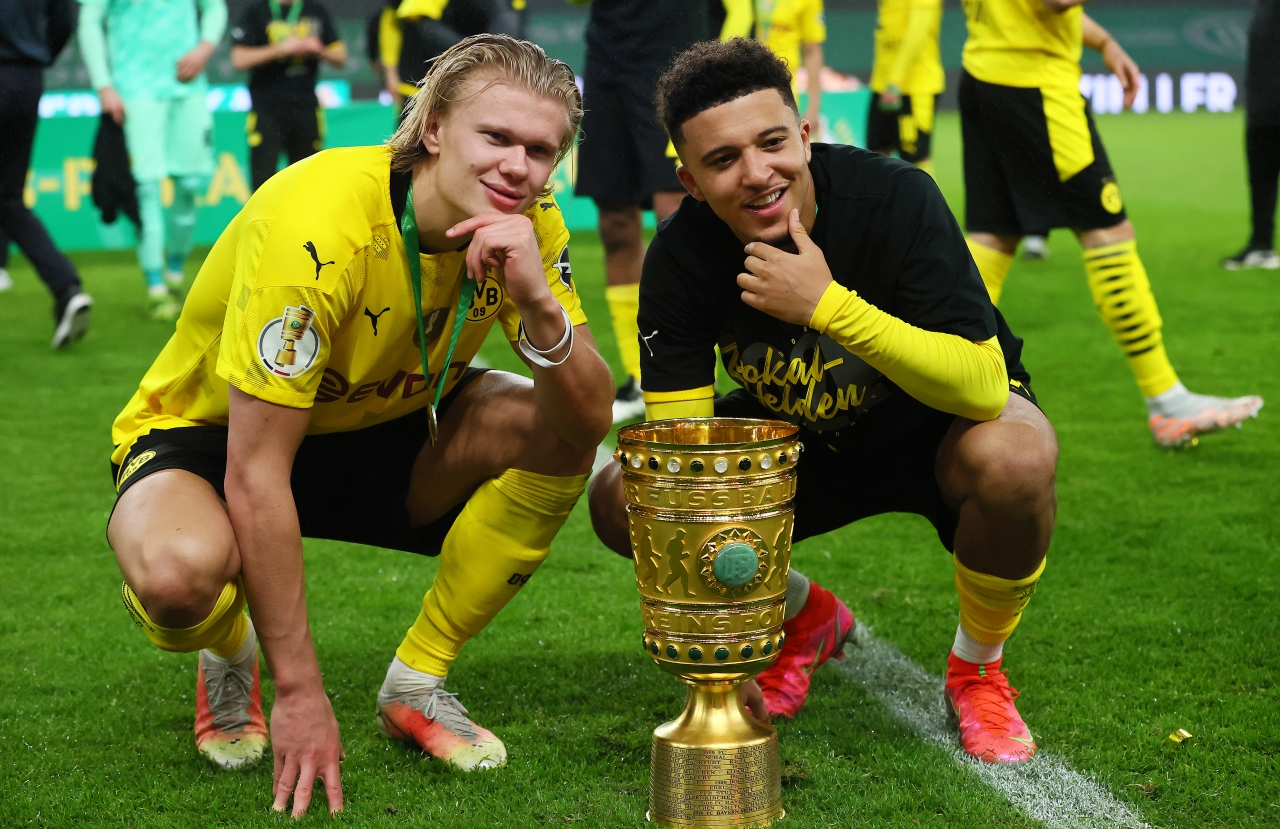 The final piece of the summer puzzle may be Brighton midfielder Yves Bissouma. Arsenal and Liverpool have also been linked with the 24-year-old but Ian Wright reckons United could be the best fit.

"Bissouma’s making it clear now he wants to leave," Wright said on Ringer FC’s Wright’s House. "Bissouma at United… that fits. He’s very good... you look at United and what United are on the cusp of doing, it’s a much more attractive proposition right now, much more."

END_OF_DOCUMENT_TOKEN_TO_BE_REPLACED

The club may also revisit the Kieran Trippier deal they were close to securing, back in January, to provide a proper right-back challenge for Aaron Wan-Bissaka.

There will be inevitable Harry Kane and Erling Braut-Haaland talk, this summer, too, but getting in Sancho, Varane and possibly Bissouma may well be the club's main priorities.