Yeah, yeah, Lionel Messi is a bit good at kicking a football; has been for some time, actually. 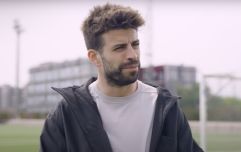 END_OF_DOCUMENT_TOKEN_TO_BE_REPLACED

Still though, the goal he scored against Sevilla on Saturday afternoon was special - even by his ridiculously high standards.

He and his Barcelona teammates were a goal down in the Ramón Sánchez Pizjuán Stadium, former Manchester City man Jesus Navas opening the score with just over 20 minutes played.

Then, a  cross from Ivan Rakitic picked out Messi, close to the edge of the penalty area. Having inched away from his marker, the Argentine lets fly with a perfectly struck left footed volley, straight into the top corner of the goal.

As pointed out by Gary Lineker on Twitter, this was Messi's 34th goal in 35 appearances against Sevilla. It was his 26th league goal against them, a new LaLiga record for goals scored by a player against the same opponent.

Not bad. Not bad at all. 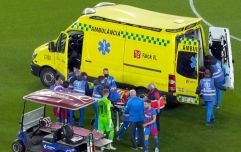 END_OF_DOCUMENT_TOKEN_TO_BE_REPLACED

Sevilla were able to retake the lead shortly before half-time courtesy of Gabriel Mercado. It didn't last. With 20 minutes remaining, Messi popped up with his second equaliser of the game, then completed his hat-trick with five minutes to play to put Barca ahead.

Barca started the game in Seville with seven-point lead at the top of LaLiga, with Atletico Madrid in second place. Real Madrid are in third, nine point behind their great El Clasico rivals. They play Levante on Sunday, the first ever LaLiga game  to be broadcast on free-to-air television in the UK thanks to the newly announced deal with ITV.