Equal pay is a major issue across the sporting world.

Female tennis players have needed years of pressure and hard work to reach the stage where they earn the same as men at grand slams like Wimbledon, but football is some way behind. 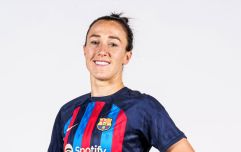 END_OF_DOCUMENT_TOKEN_TO_BE_REPLACED

Investment in the men's game has been significantly higher across much of the world, and wages and bonuses in the women's game are rarely (if ever) sufficient to allow even the biggest names to retire altogether when their playing careers come to an end.

Some of this can be traced back to the relative youth of women's elite competitions, but the United States potentially ought to be the exception - the sport has a rich history as a game predominantly played by women and girls, and the US have won the Women's World Cup a record three times.

But the players, including some of the reigning world champions, have gone as far as taking legal action in the pursuit of pay comparable to their counterparts in the US men's team. And one of America's most famous male players has chipped in on the debate.

Landon Donovan won more than 150 caps for the US before calling time on his international career in 2014, and he has been discussing the thorny issue with fans on social media.

He was receiving positive feedback from a number of fans, but then this happened.

RIP my respect for Landon Donovan

So, Landon Donovan is the Novak Djokovic of soccer. What pair of assholes those two. #EqualPlayEqualPay

At least some were willing to have some fun with the situation.