Kepa Arrizabalaga gives his side of incident with Maurizio Sarri

The incident has dominated headlines since the league cup final

Kepa Arrizabalaga has given his side of the story after coming in for significant criticism for his behaviour towards the end of Sunday's Carabao Cup final.

END_OF_DOCUMENT_TOKEN_TO_BE_REPLACED

After receiving treatment for cramp on two occasions towards the end of extra time, Kepa seemingly refused to be taken off prior to the penalty shootout despite his number showing up on the fourth official's board.

Chelsea manager Maurizio Sarri was incensed by what appeared to be an unprecedented level of insubordination from his goalkeeper and came close to storming down the tunnel after being forced to tell substitute sub keeper Willy Caballero to return to  the bench.

Talk of the dispute dominated the post-match analysis but when the time came for Sarri and Kepa to discuss what many perceived to be an attempt to undermine the Blues boss, both parties insisted that it was little more than a misunderstanding.

Kepa made one incredible save in the shootout from Leroy Sane, which ended 4-3 in favour of Manchester City, but he will be the first to admit that he should have done better with Sergio Aguero's penalty.

"First of all, I have to say it was misunderstood," Kepa said of the incident. "In no moment was it my intention to disobey, or anything like that with the boss. Just that it was misunderstood, because I had been attended to by the medics twice, and he thought that I wasn’t in condition to continue. It was two or three minutes of confusion until the medics got to the bench, and they explained everything well.

Maurizio Sarri says the Kepa substitution confusion was 'a big misunderstanding' because he thought the player had cramp. However he says Kepa was right that he could continue although the way he went about it was wrong. Sarri says he needs to talk to Kepa now. #CHEMCI 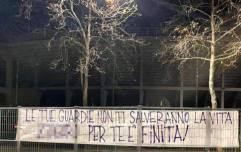 END_OF_DOCUMENT_TOKEN_TO_BE_REPLACED

"This was nothing to do with the problems I had this week, with [hamstring] it wasn’t that. And, well, it was misunderstood. Because he thought I couldn’t continue, and - fundamentally - I was trying to say that physically I was fine.

"I know if you see it from outside, I don’t know how it went out, it is not the best image. I have spoken with the boss. I think it was misunderstood. I understand that on television, on social media, they’re talking about this but I am here to explain it, to say that it wasn’t my intention to go against the manager. We have spoken now, and I was only trying to say I’m fine. He thought I wasn’t fine.

"I don’t think it has to be the major act of this final. I understand we played a good level against one of the best teams in the world. We were close to winning, obviously we’re sad that we didn’t, and I think the team needs to continue playing like this, because today we’ve shown we can compete against the best teams. Among the negatives, we have to take the positives."