You don't often see Donald Cerrone taken apart like that.

In fact, at welterweight, we've never seen 'Cowboy' even encounter the slightest bit of resistance and it looked for all the world that one of the most exciting fighters on the planet had found his new home at 170lbs.

END_OF_DOCUMENT_TOKEN_TO_BE_REPLACED

At stages in 2016, Cerrone looked like a ninja as he put together a record of 4-0 (with all four victories coming inside the distance) while he stormed through the welterweight division.

That merry dance came to a grinding halt on Saturday evening when Cerrone met his match opposite Jorge Masvidal in the co-main event of UFC on Fox 23.

Masvidal thought he got the better of 'Cowboy' in the first round as a stunning combination robbed his opponent of his wits but referee Herb Dean jumped in at the buzzer and saved Cerrone. 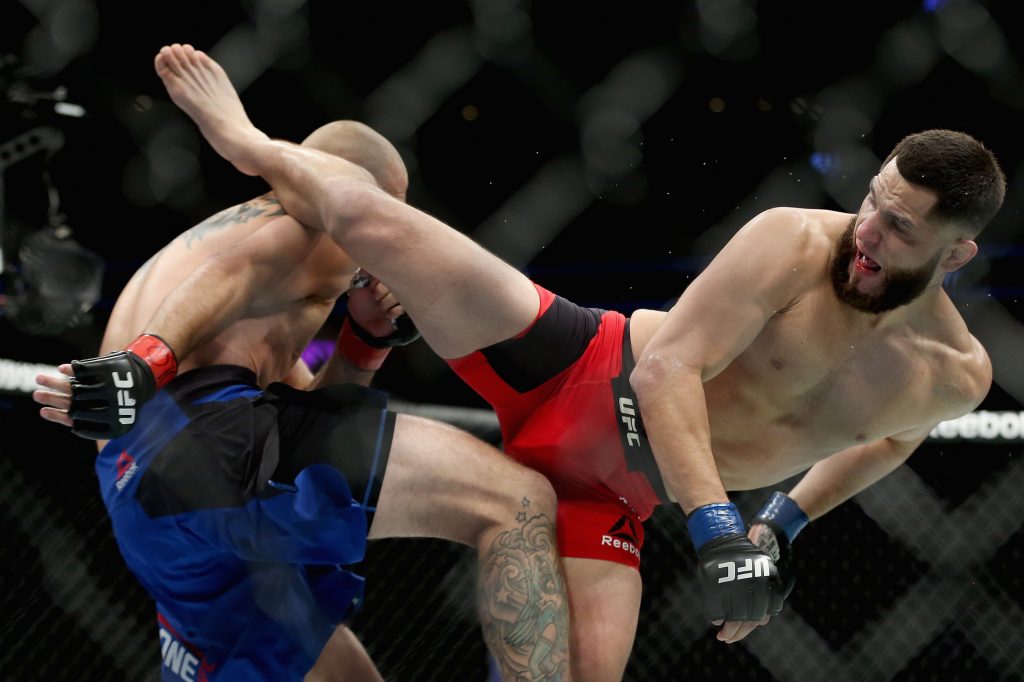 END_OF_DOCUMENT_TOKEN_TO_BE_REPLACED

But it was no more than a generous piece of respite because the finishing touches were put on just seconds after the Octagon door shut to signal the second frame.

"After the stoppage, I looked over when he stood up. I looked him right in the eyes and he was completely out of it," Masvidal told UFC.com. "He then sat back down and then about 25 seconds later I managed to get eye contact with him, he wasn't looking at me but he was looking around and I could see he was still out of it.

"I knew to come out cautious. The guy is a warrior. The shot that I hit him with and the couple of shots that I hit him with on the ground, not a lot of dudes would get back up and want to keep going, but he actually did and gave it all he had. He has all my respect in the world."

END_OF_DOCUMENT_TOKEN_TO_BE_REPLACED

The manner with which Masvidal disposed of Cerrone was vicious and comprehensive, and the latter's grandmother didn't enjoy it one bit.

Cerrone is famously close with his grandmother and actually walked hand-in-hand with her at the weigh-ins in his native Denver.

And, after the fight, Masvidal revealed that Cerrone's grandmother approached him for a word.

"She killed me, man," Masvidal continued. "That was a hard blow. She just came up to me and said, 'That's my grandson, and you're a great fighter, and nobody has taken out my grandson like that.'

"I might be a bad guy but things like that, they get me. I don't want to beat nobody up in front of their mom or grandma. I've got family, I've got kids and I couldn't imagine seeing my kids going in there, you know?

"That hurt a little bit."