"I brought my own teapot today!" 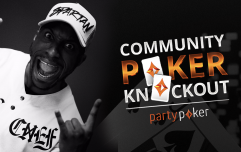 END_OF_DOCUMENT_TOKEN_TO_BE_REPLACED

Jon Walters caught up with the swing of things quickly when he first joined the Irish squad in 2010.

Back in the Jack Charlton era, members of the Republic of Ireland national team used to have regular nights out during international week. Going out for beers, on at least one night, was as much a part of the weekly schedule as putting teams under pressure and haring after Packie Bonner's punts.

By the time Giovanni Trapattoni took over in 2008 the culture was changing, but not fast enough for the Italian. Trapattoni wanted to cut out the drinking sessions and sing-songs and famously banished Andy Reid after he stayed up past curfew with his guitar in hand and a song in his heart.

There was a stricter regime in place with regards to drinking, but former Ireland striker Jon Walters and some of his teammates found a way around it. On the latest episode of Liquid Football, Walters joined host Kelly Cates and former footballers Wes Brown, and Wayne Bridge.

Walters recounted a tale about the cunning way some players disguised the fact that they were circumventing Trap's rules.

"When I first came into the Irish team, Giovanni Trapattoni was in charge and he banned drinking or anything like that. Because we are athletes, but everyone likes a good time, when you first meet up, and to have a drink. He cut it out and said no-one was to do it. 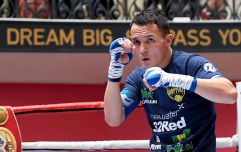 END_OF_DOCUMENT_TOKEN_TO_BE_REPLACED

"We had some big, big players in there at the time, like Robbie Keane, Richard Dunne, Damien Duff and there were some older players coming to the end of their international careers.

"So, we'd come in and there was an Italian guy called Guido that used to look after all the players. And we'd say, 'Guido, do us a favour and put a pint in a tea pot or a coffee pot'.

"So there we are in the reception and we're surrounded by families and everyone else around. Trapattoni is walking by with Marco Tardelli giving us a wave - 'alright boys' - thinking we're just having a coffee and being sensible. That there's no drinking in the camp."

Poor old Trapattoni, he was never going to change that culture overnight (or over his five-year stint).

Also on the show, the panel looked at the row between Liverpool strikers Sadio Mané and Mo Salah at Burnley and discuss some of the team-mates that wound them up most in their career (step forward: Mario Balotelli).

popular
Bookmaker received $420,000 worth of bets on controversial Arsenal yellow card
New Highway Code rule will fine drivers £1,000 for opening door with wrong hand
Motorcyclist dies in crash live on TV while trying to escape police
Woman who saved enough to retire by 26 reveals three golden rules she stuck to
Dermot O’Leary stunned by definition of ‘grassilingus’ sex term
Southampton could remove statue of club 'legend' over evidence he ignored paedophile coach
Fitness expert reveals army technique to fall asleep in two minutes
You may also like
Sponsored
Watch the world's best gamers battle it out at All Access Gaming
Sponsored
Everything you need to take your streaming set-up to the next level
Sponsored
An essential survival guide to starting university in a Covid world
Sponsored
Terms & Conditions: JOE POKER x partypoker
Sponsored
Top tips to make your phone battery last as long as possible
Next Page