It was a historic moment for sports broadcasting and for Vicki Sparks. She was joined by Martin Keown on co-commentary for the Morocco vs Portugal match earlier today in which Portugal emerged the victors courtesy of a Cristiano Ronaldo header. 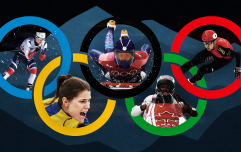 END_OF_DOCUMENT_TOKEN_TO_BE_REPLACED

It apparently wasn't to everybody's tastes though, notably John Terry. The former Chelsea captain came under fire after uploading a photo to his Instagram story with the caption "having to watch this game with no volume".

It is not absolutely clear what factor made Terry feel compelled to mute his television, but many inferred it as being a dig at Sparks.

Not surprised. John Terry has always been trash. https://t.co/BM8xNcDOMo

John Terry has since responded to these accusations, insisting that the reason behind the post was that no audio was working on any of the devices in his house.