Jamie Carragher has brutally put down Boris Johnson on Twitter in response to the Prime Minister's statement regarding the new Super League plans. 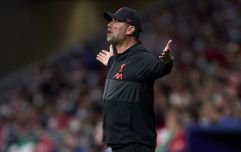 END_OF_DOCUMENT_TOKEN_TO_BE_REPLACED

In the aftermath of the news on Sunday that the Premier League's 'big six' have signed up for a new breakaway competition along with six other major European sides, Johnson has vowed to block the plans.

The PM has said that the plans are "very damaging" and "would strike at the heart of the domestic game," and described them as "by the elite, for the elite."

Now, the irony of this statement coming from leader of the Tory party Boris Johnson, who is currently embroiled in a lobbying scandal along with the rest of his party, has not been lost on many. This includes Jamie Carragher.

In response to the Prime Minister's words, the Liverpool legend and Sky Sports pundit furiously tweeted "Stay out of this you charlatan"

He wrote: 'Stay out of this you charlatan @BorisJohnson your mates are giving their mates billion pound contracts! And don’t even mention football supporters after a magazine edited by you crucified Liverpool supporters after Hillsborough.'

Carragher has already aired his fury at the Super League proposals, writing in the Telegraph that he is "sickened" by his club Liverpool backing the "shameless breakaway."

Fellow pundit Gary Neville has also attacked the plans, and the two will be part of Sky's coverage of the Leeds vs Liverpool match this evening, in what is sure to feature impassioned attacks on the disgraceful breakaway plans. It will be a must-watch.