German international footballer left £58,000 in the back of a taxi

Germany striker Max Kruse looks to have a decent sideline in poker once he finishes his football career.

The Wolfsburg frontman took a trip to Las Vegas after missing out on a place in his country's World Cup squad, and proceeded to finish third in a World Series of Poker event.

And the 27-year-old has continued his impressive record on the felt, only to let his guard down and leave his winnings behind.

Max Kruse left off of the German squad for Brazil .. and now is in the finals of the WSOP pic.twitter.com/DUmw8Ja90R

According to German publication Sueddeutsche Zeitung, Kruse left €75,000 (£58,000) in cash in the back of a Berlin taxi, and it has been claimed the money was won in a poker game. 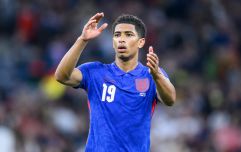 END_OF_DOCUMENT_TOKEN_TO_BE_REPLACED

The newspaper claims Kruse launched an ultimately fruitless claim for robbery following the incident, which is thought to have occurred late last year.

Wolfsburg are reportedly waiting to find out more before discussing matters with the player, who has 14 international caps.

He is not the only international footballer with a big poker score to his name - retired German international Paulo Rink has six figures in live poker earnings, while former Brazil star Ronaldo won just shy of £30,000 at a tournament in the Bahamas in 2015.