Gary Lineker is clearly not a fan of the proposed changes to the current Champions League format.

Lineker has described the suggested overhaul "deeply concerning" following a report which revealed the contents of a proposal that Uefa are apparently considering.

AP report that Uefa are considering a proposal which would see a massive restructure to Europe's top club competition in 2024.

The proposed changes would favour Europe's elite clubs as 24 of the 32 teams in the group stage would be guaranteed to keep their lucrative places in the tournament the following season, regardless of how they fare domestically.

For teams from lower-ranking leagues, qualification to the Champions League will prove more difficult than ever before as fewer places will be up for grabs.

This is deeply concerning: https://t.co/TlShyGCGws 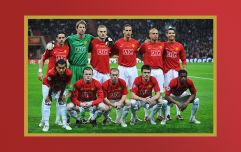 END_OF_DOCUMENT_TOKEN_TO_BE_REPLACED

The proposed restructure will see the current model of eight four-team groups replaced by four eight-team groups which will guarantee eight more group games for teams, resulting in greater revenue for every side involved in the competition.

In terms of qualification, only four places will be left for national champions competing in preliminary rounds which will only serve to tighten the grip that elite clubs currently hold over European football.

It remains to be seen how the clubs will be selected for the group stage of the 2024/25 Champions League campaign although it is suggested that a club's historical record in European competition may be a factor.

Uefa have insisted that the current maximum of five teams from one country in the Champions League will be not be exceeded in any revamp.

A third-tier European competition, currently called Europa League 2, is set to be introduced in the 2021/22 season and while it will follow the current European model of eight four-team groups in that campaign, the plan is to increase the involvement to 64 teams playing in four divisions of 16 teams by the time the 2024/25 season gets underway.

popular
Deep fake meme lads sing sea shanty that will make you want to abandon your childhood sweetheart and circumnavigate the globe
QUIZ: Name the films referenced by The Simpsons
QUIZ: Identify which of these 50 players played with Wayne Rooney
A definitive ranking of every swear word from worst to best
Rishi Sunak planning one-off £500 payment to benefit claimants
Here's how to see who's been taking screenshots of your Instagram Stories
Netflix announces new true crime documentary about terrifying LA hotel
You may also like
Sport
PSG and Basaksehir players take a knee ahead of their delayed Champions League fixture
Sport
WATCH: New Uefa footage shows VAR conversations ahead of crucial penalty calls
Sport
QUIZ: Name all 50 of these 2000s Champions League players - #2
Sport
Porto boss tears into "extremely unpleasant" Pep Guardiola after Man City defeat
Sport
Marcus Thuram Googles himself to pass stadium ID check
Next Page