What did you just say, Gary?

Gary Lineker is usually cool as a cucumber while hosting Match of the Day. But last night, he interviewed Rafa Benitez, following Newcastle’s 2-1 win over Stoke. And things got, well, a little strange. 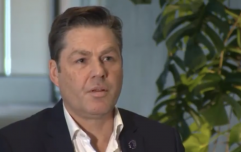 END_OF_DOCUMENT_TOKEN_TO_BE_REPLACED

Lineker opened up the interview by informing Benitez that Alan Shearer has proclaimed that if, in the unlikely event of Newcastle winning the Premier League this year, he’ll do the first MOTD of next season in just his underwear (of course, Lineker himself infamously did that following Leicester City’s remarkable title win in 2016).

Then his first question to Benitez: “Rafa, can you pull it off for us?”

We presume he meant winning the league, and not Shearer’s underwear. Cue some awkward giggling. We’re not sure in Benitez was quite sure what Lineker said – he snaps straight into a serious answer, so either he missed it, or he was having none of Lineker’s shenanigans.

What was that, @GaryLineker?! 😳#MOTD pic.twitter.com/6ddxuwOvkU