French rapper Niska has 'leaked' a WhatsApp conversation he had with Karim Benzema before the striker's heroics against Paris Saint-Germain in the Champions League on Wednesday night.

END_OF_DOCUMENT_TOKEN_TO_BE_REPLACED

Madrid overturned a 1-0 first leg deficit to progress to the quarterfinals, winning 3-2 on aggregate, thanks to a second-half hat-trick from Benzema.

While overturning a 1-0 deficit against the Parisians is no simple task, it appears that Benzema was confident of doing so - before a ball had even been kicked.

Niska, who is a good friend of the French forward, has since leaked a WhatsApp conversation between him and the Madrid man, where Benzema insisted that 'PSG would do nothing'.

END_OF_DOCUMENT_TOKEN_TO_BE_REPLACED

As reported by ActuFoot, Benzema wrote: "It’s going to be explosive. They [PSG] will do nothing at all. This is my story."

Benzema's performance against Mauricio Pochettino's side led to praise from several former players, with Gary Lineker dubbing him 'one of the greatest number nines of all-time'.

Karim Benzema is indisputably one of the greatest number nines of all-time. 👏🏻👏🏻 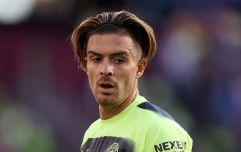 END_OF_DOCUMENT_TOKEN_TO_BE_REPLACED

While Benzema stole the headlines for his hat-trick, he was also involved in a controversial incident on the night - with PSG adamant that he had fouled Gianluigi Donnarumma in the build-up to Madrid's equaliser.

The Ligue 1 giants were so incensed by referee Danny Makkelie's failure to blow for a foul on goalkeeper Donnarumma that president Nasser Al-Khelaifi and sporting director Leonardo left the presidential box after the full-time whistle, shouting that the decision was "shameful" before making their way to the tunnel in search of the referee.