Scott Hancox knew almost instantly that the news was bad. After finishing a week of work, he was on the couch at home with a beer in hand when the notification from Football Index pinged through on his phone. Before he had even read the statement in full, a wave of panic washed over him.

END_OF_DOCUMENT_TOKEN_TO_BE_REPLACED

Football Index, the betting platform in which he had injected thousands of pounds - including the savings for his two young daughters - had announced an unexpected and drastic change in terms, triggering widespread alarm amongst its customer base. Within hours, as users rushed to withdraw any remaining money they had left in it, the value of Scott's investments plummeted sharply, rendering them near worthless.

"It was the first thing I thought of when I woke up the next day," he tells JOE. "I got up with my daughter at half five and was just sitting there in the front room, numb, in total disbelief. It just didn't feel real to me that something which I'd spent so much time and money on could've unravelled like that, so quickly and unexpectedly."

"The next few days were really tough. I had to tell my wife what had happened and, obviously, she was upset. But as time went by and it became clear how many other people were in a similar situation, she realised this wasn't just down to me.

Ethan, who has asked that JOE do not use his real name, has barely slept since the announcement. He has, by his own admission, been in a very dark place ever since, having seen nearly all of his life savings dissipate.

Ethan had never gambled before he started using Football Index in 2019 and planned to withdraw his money this summer. 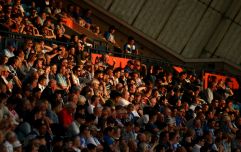 END_OF_DOCUMENT_TOKEN_TO_BE_REPLACED

"I'd got to a point where my portfolio was worth close to £100,000 at one stage. Rationally, I should have got out of it last year when there were warning signs. But I was in too deep, and you hear all the promises and think things will get better. Getting my head around it has been hard."

Launched in 2015, Football Index, licensed by the Gambling Commission, imitated a stock exchange which allowed customers to buy shares in professional footballers. As well as allowing customers - traders - to sell shares on at a profit, it offered them the chance to earn dividends relating to player performance and other criteria.

The company had built up a large community of traders in its first six years, and was increasingly ubiquitous within English football: even agreeing lucrative shirt sponsorship deals with Nottingham Forest and Queens Park Rangers.

"It felt like your money was safe," Scott adds, remembering his early days on the platform. "Even if your money didn't pay off instantly, you'd get it back down the line or just sell the share and get most back. None of us could have seen this coming."

Though the market had experienced a number of crashes in the last year - sending shares prices tumbling each time - there was, despite the turbulence, genuine optimism amongst many traders that the company was still heading in the right direction. New shares in some of the more high-profile players were recently created - or "minted". Company CEO Mike Bohan's promise of a Q&A session was also interpreted as a positive and ahead of it, many were so encouraged that they poured more money into the platform. 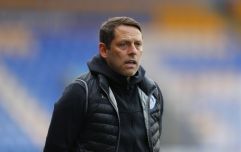 END_OF_DOCUMENT_TOKEN_TO_BE_REPLACED

The Q&A was postponed and ultimately did not take place.  Then, on March 5, came the announcement which triggered Football Index's spectacular collapse.

A market update delivered to all Football Index users explained that dividend payments would be dramatically slashed. This action, the announcement said, was to "ensure the long-term sustainability of the platform". The change represented a significant reduction in the returns many traders would receive from the shares they owned.  Many responded with a desperate attempt to withdraw their money.

A new market crash - more drastic than those that had come before - saw share prices nosedive. As was the case with Scott and Ethan, all users saw the value of their portfolios plunge within a matter of hours. Shares in Jadon Sancho, for example, had been valued at £7.34 on the afternoon of the announcement; on Saturday morning, this had dipped to just 88p.

The crash prompted a furious response from users on social media. Barely 24 hours later, Football Index attempted to appease customers with a second statement. Acknowledging the frustration, it also admitted that the slashing of dividend payments had come after the company "sustained substantial losses" over a period of months.

This, as some users pointed out to JOE, contradicted previous communications with Football Index - some made only weeks earlier - which insisted they were in a "strong financial position".

To say the anger from Football Index customers is down purely to the reduction of the dividend payments is to oversimplify things. Whereas this action ultimately led to the crash, there is a much wider context, with many believing it was one of several changes in terms which resulted in users losing faith in the platform.

"Most of us knew roughly, even if we haven't worked on Wall Street, how a stock market worked," says John, another former Football Index trader who asked that we did not use his real name.

"Even if we didn't know the ins and outs, we all accepted that players playing badly or doing their cruciate ligament and being out for months would have a negative impact on their share price.

"What makes this difficult to stomach is that a lot of us, myself included, have a lost lots of money here because of the company, not the players I chose to invest my money in."

There is frustration that the terms changed so frequently in the last year, but also that this was done while simultaneously giving customers the belief that the company was on the way to bigger things. As well as assuring customers of their "strong" financial position, there was frequent talk of an expansion into the German market.

The minting of new shares in some of the market's most high-value players only days before the dividends slash announcement has seen some question whether this was a deliberate ploy. Some critics have even suggested that its reliance on new customer deposits to meet the dividends pay outs made it unsustainable and comparable to a Ponzi scheme.

Allen Cooper is another long-term Football Index trader having steadily increased his investments in the platform over the past few years. Despite also seeing his portfolio value significantly decrease, he rejects the Ponzi suggestions.

"For me, it's not about this being some kind of dodgy scheme," he tells JOE. "This is about the mismanagement of the situation by the Football Index board and CEO. That's what's been bad and that's what needs to be looked at here.

"There's serious, grave issues in what they've done. Football Index is still a good concept, and I feel people bashing the product is not the right thing to be looking at. It's about the decisions that have led to this point."

Allen spoke to JOE before the company announced that the platform had been suspended, with traders' remaining money frozen inside. With its licence suspended by the Gambling Commission as it entered administration, the future of the company - and the vast amounts of customer money tied up within it - is uncertain.

Law firm Leigh Day Solicitors has announced that it is investigating a claim against the company from a group of customers. An action group has been set up by Football Index traders on Twitter, quickly attracting over 7,000 followers.

Scott, even after everything, considers himself one of the lucky ones. Though he likens the loss of the money and the void Football Index has left in his life to mourning, he is aware from speaking to others that some individuals have lost far more.

"I've lost my money and, as much as I welled up at the time, I can accept that in isolation," he says.

"What gets me is that it isn't a fair set of circumstances. I'd be more culpable had I blown the money at Cheltenham or on a silly accumulator. But we were sold lies, really. We were told all these different things were coming in, even when, in hindsight, there were warnings.

"I can live with my own money going and deal with that, but I feel a sense of guilt that mates of mine have lost out who wouldn't have been on Football Index without me encouraging them."

As for Ethan, the nights of fitful sleep continue. He admits he isn't over what has happened and is realistic that the prospect of ever having the money he invested returned to him are slim.

"I'm just grateful I have good people around me to help me through it," he says. "If I lived alone, I just don't know what might have happened.

"It's easy for people on the outside to look at all this and say it's our fault because it was a gamble, but you have to look at how many people have been caught up in it, how they all feel the same way. I'm not optimistic but I cling to the hope that, because of that, something can be done."