Perhaps, maybe, if there's not a touch of class in Floyd Mayweather, there's a bone - or at least a joint - of appreciation in there somewhere.

END_OF_DOCUMENT_TOKEN_TO_BE_REPLACED

It would be pretty hard for him not to like Conor McGregor after all. Whatever you thought of the Notorious' credentials or his right to share the ring with one of the best ever, no-one else could've garnered as much interest and as much money in Mayweather's 50th pro fight as well as the Irishman could've.

Mayweather could never have rebuilt his fortune as handsomely if McGregor never came along with all the profile and the intrigue and fanfare that he brings with him.

We're not talking about a spare few quid that'll keep him ticking over or allow him to buy paintings of his enemies that are twice the size of real life. No, we're talking about an embarrassment of riches that will last Floyd Mayweather at least another 10 months.

So, whilst it might come as a surprise to many that the American is being so loose and reckless with his spending, there are some things that some homes simply cannot do without.

And there was definitely an obvious piece of artwork missing from Mayweather's Beverly Hills accommodation.

Well, thankfully, that has been rectified and then some.

Maybe he just gets away with looking completely like Brendan Rodgers if he also gives a polite nod to his opponents.

Only an idiot would drape their front room in glorious images of themselves. 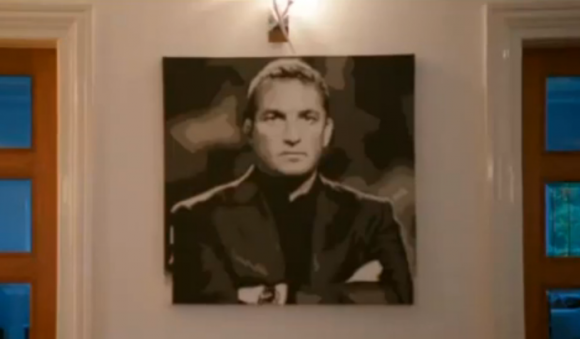 Maybe he was poking fun and showing off his spoils of war.

He might even just respect the fact that McGregor almost punched him. 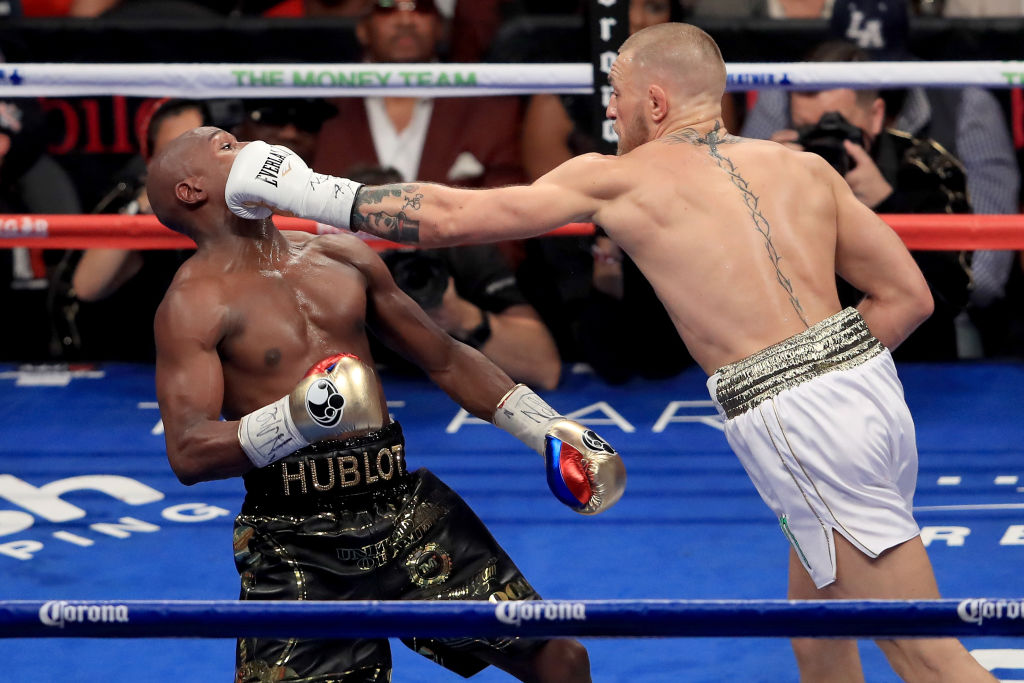 Either way, McGregor fans are taking it as a sign of respect. Mayweather fans are split wondering if this is a classy gesture or a genius piece of trolling. Fans of neither are still raging that the world was scammed.

The truth is probably none of those things. That painting is just there so Floyd Mayweather can simply point to the easy work whenever he wants to.

popular
Scotland international rugby star Siobhan Cattigan dies aged 26
Woman wins millions after suing mum's GP for allowing her to be born
A definitive ranking of every swear word from worst to best
Elon Musk shares 'evidence' we are actually living in a simulation
Here's how to see who's been taking screenshots of your Instagram Stories
Nasa warns 'concerning' asteroid will break into Earth's orbit in a week
Omicron symptoms: What you should be looking out for
You may also like
Sport
Kamaru Usman slams McGregor after he called Jorge Masvidal a 'b****'
Sport
Conor McGregor nearly hits fan with awful first pitch at Wrigley Field
Sport
Paddy 'The Baddy' Pimblett responds to Conor McGregor comparisons
Entertainment
Conor McGregor breaks silence after Machine Gun Kelly clash at VMAs
Entertainment
Conor McGregor and Machine Gun Kelly involved in altercation at VMAs
Next Page