Manchester City hit that hurdle on their title run-in but they would not be denied for long.

There is little doubt that Pep Guardiola's City were, by far, the top side in the Premier League last season. If their dominant performances on the pitch did not prove it, their 19-point winning margin should do.

END_OF_DOCUMENT_TOKEN_TO_BE_REPLACED

Neighbours Manchester United were the next best and the title race was all but over when they arrived at Eastlands in early April.

City led 2-0 at half-time and looked well set to do the double over their local rivals, but for a Paul Pogba double and a Chris Smalling goal to turn the tables. United won 3-2 and briefly held the bragging rights.

Back in the City dressing room, as revealed by Amazon documentary 'All or Nothing', Guardiola and several of his players really got into it. 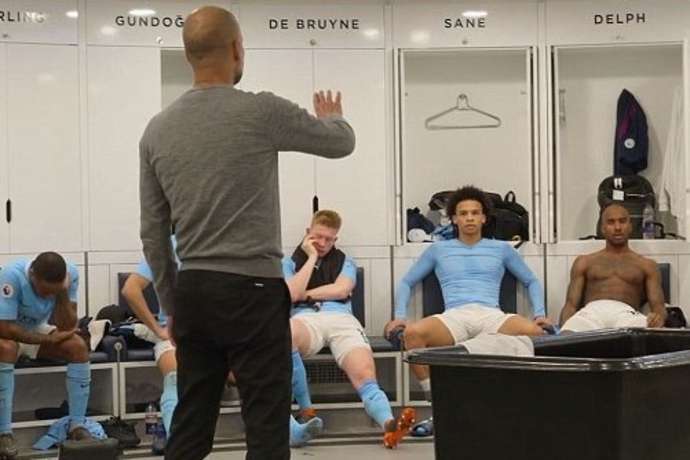 KOMPANY: "If I want to see this team go to the next level, and do even more, every single detail, we need to be honest with ourselves and be hard with ourselves."

TOURE: "The point of what I'm saying, right now, is that it's true because in the first half we were there, but in the second half they took us physically. Because, I think we have to understand sometimes, because we're fatigued and that's the time we need to regroup."

DELPH: "'F***ing tired?! It's simple, it's straightforward. We stopped f***ing running in the second half."

GUARDIOLA: "When you lose in football, you think, we didn't run. That is bollocks, guys. That is not the point."

GUARDIOLA: "Football is not flowers, a good holiday and say everything is easy. Football is so complicated at the high level, guys. We tried to build something good and you did do good. You have to make the last level guys, everyone together. That is the moment the real men, the real football players, the real professionals step up and say 'I'm here'."

City ended up closing out their league triumph later that month.