A bet's a bet, and Gary Linker was never going to go back on his word, was he?

As you almost certainly know already, the former Spurs and Leicester City striker famously declared that he would happily present an episode of Match of the Day in his underwear on the condition that Leicester City won the Premier League. 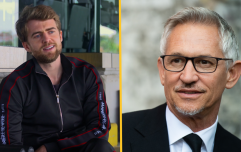 END_OF_DOCUMENT_TOKEN_TO_BE_REPLACED

Leicester did win the league, and as a result, Lineker was expected to don his y-fronts for the first show of the new season.

At first glance, it appeared the 55-year-old had indeed gone through with it...

Although the majority, JOE included, were quick to congratulate Lineker on wearing what was quite clearly a pair of boxer shorts, some disappointed viewers suggested that he seemed to be wearing nothing more than a pair of white shorts, complete with Leicester City badge.

Those are shorts, not pants. Disappointed in Lineker.

Not surprised people feel cheated that Lineker isn't wearing budgie smugglers.
You could smuggle an entire pet shop in those shorts. #MOTD

Those are virtually shorts Lineker. I want my licence fee back. #MOTD

Viewers were even more disappointed when Lineker got himself dressed during highlights of the second featured match of the show, Manchester City versus Sunderland. 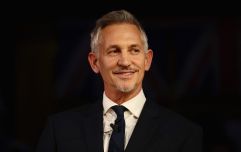 END_OF_DOCUMENT_TOKEN_TO_BE_REPLACED

To be honest, we're prepared to give him the benefit of the doubt.

There are definitely more important things in this world to be angry about than not seeing Gary Lineker presenting our favourite football highlights show in his budgie smugglers.

Good on you Gary.

Add us on Snapchat: