It's been said that Conor McGregor hits like a welterweight.

The 17 knockout victories on the record of 'The Notorious' would suggest that he does indeed have explosive power in his hands but now we have conclusive proof that he can punch just as hard, if not harder, than some of the world's greatest 170lbers.

END_OF_DOCUMENT_TOKEN_TO_BE_REPLACED

McGregor is in New York City, where he is preparing for the biggest fight of his life in the form of a lightweight title fight that acts as the main event of UFC 205, a bout that will be preceded by a welterweight championship contest between champion Tyron Woodley and number one contender Stephen Thompson.

The six fighters involved in the three title fights on Saturday night all had the opportunity to test their punching power when they quite literally tried their hands at a punch-o-meter close to Madison Square Garden.

Interestingly, the results showed that McGregor was second only to fellow knockout artist Tyron Woodley in the standings. 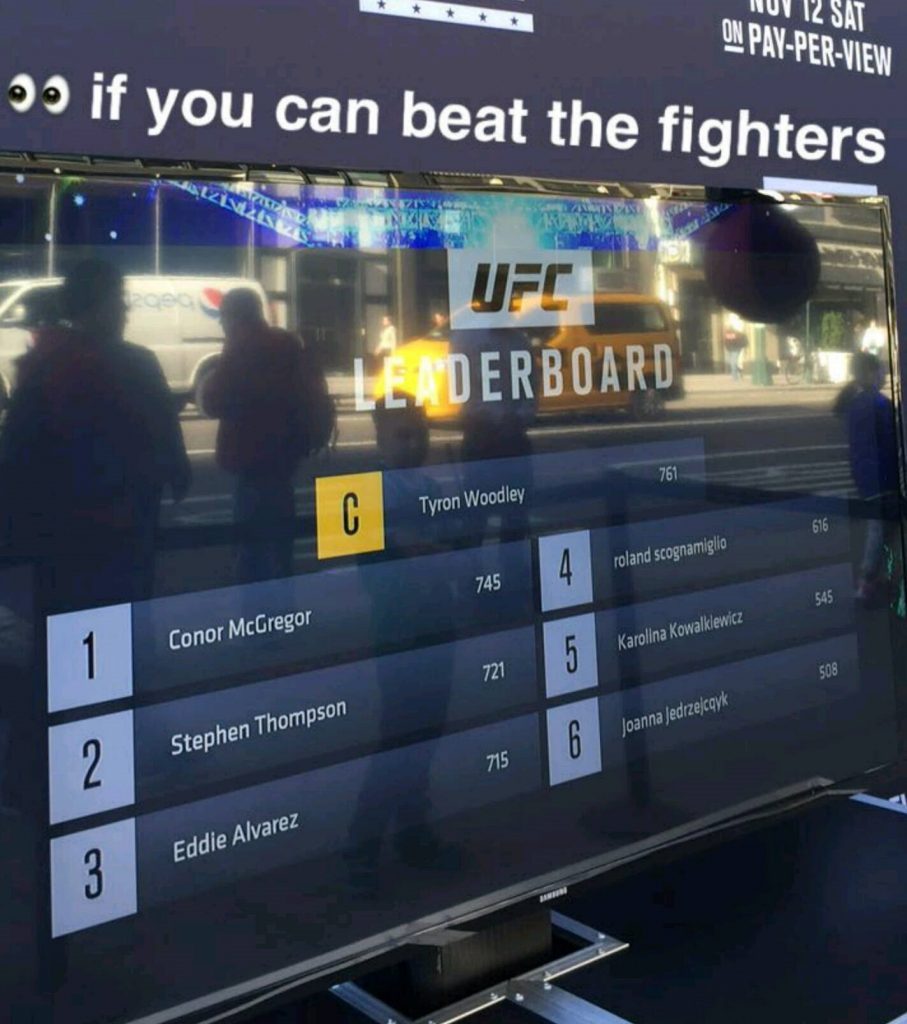 END_OF_DOCUMENT_TOKEN_TO_BE_REPLACED

The Irishman actually hit harder than 'Wonderboy' - the challenger for the welterweight strap -  and also Eddie Alvarez, the man who will be standing opposite 'The Notorious' this weekend.

The strawweights, Joanna Jedrzejczyk and Karolina Kowalkiewicz, were understandably not landing with the same force of the much bigger men who were testing their skills.

As for fan Roland Scognamiglio... well, he's definitely not to be fucked with.