Conor McGregor drops £60,000 on suits for every media tour

It may sound like a Apple anti-virus package, but Conor McGregor takes #TheMacLife very seriously.

Whether he nicked the gimmick from Ric Flair or not, Conor McGregor is a real life Rolex wearing, diamond ring wearing, limousine riding, jet flying son of a gun. 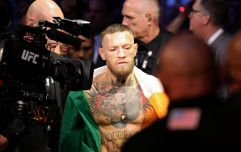 Jake Paul is in talks to fight Conor McGregor, according to the YouTuber

END_OF_DOCUMENT_TOKEN_TO_BE_REPLACED

According to a recent report by TMZ Sports, long-time UFC wardrobe coordinator David Heil -- CEO of David August clothing --says McGregor  buys eight to 10 custom suits before every media tour, with the outfits ranging anywhere from $4,000 to $10,000.

Apparently McGregor puts two to three items aside just in case something happens.

Like when someone lobs a water bottle at him, we imagine.

"Every outfit I make for him takes 60 hours," said Heil. 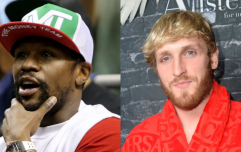 END_OF_DOCUMENT_TOKEN_TO_BE_REPLACED

"He likes to wear his suits high and tight and really tailored, and his size changes all the time depending on his fights. So we're always measuring him to make sure it fits exactly how he wants it."

It's a decent wedge of money, and McGregor does it for EVERY media tour.

That said, when you look at the money he's brought into the UFC in the past year, it's hardly like he's short of dollar.

popular
Man with world’s biggest penis says Oscar winner slid into his DMs
'Super recogniser' draws 'accurate' modern Maddie McCann to help police find her
Bride faints on groom, vomits and gets pooed on during ceremony
Mum in jail for murder pays tribute to son, 6, killed by his dad and new girlfriend
'I did three grams of coke during a game': Inside football's problem with Class A drugs
Bride considering putting unvaccinated guests on 'anti-vax' table at wedding
Chilling video shows moment step mum tried to get away with murdering boy, 6
You may also like
Sport
Conor McGregor looks anything but retired in new training video
Sport
Dele Alli reckons Conor McGregor's next fight should be against Harry Kane
Sport
This is the weight Conor McGregor is walking around at right now
Sport
BREAKING: Conor McGregor's fight with Rafael dos Anjos switched to UFC 196
Entertainment
The JOE Friday Pub Quiz: Week 272
Next Page