Another summer, another Griezmann transfer sage

Antoine Griezmann is leaving Atletico Madrid this summer. That much, we knew already,

Having confirmed his intention to leave last month,  many assumed he would finally seal a switch to Barcelona - as was widely reported would happen last summer.

This, however, has failed to materialise, with reports in Spain claiming senior players at Barca were so opposed to the transfer they made their feelings known to club president, Josep Bartomeu.

Though a move to the Camp Nou isn't necessarily closed off for Griezmann at this stage, it does appear considerably less likely than it did a matter of weeks ago.

Barcelona-based newspaper SPORT go as far as suggesting Paris Saint-Germain are now favourites to sign him. Their report points to the rise in speculation that the Ligue 1 champions are keen to bring the French international back to his homeland and that it's even been claimed he has reached an agreement with PSG after meeting with club president, Nasser Al-Khelaïfi.


Antoine Griezmann linked with a move to #PSG by Sport. In turn, Edinson Cavani would go to Atletico Madrid. 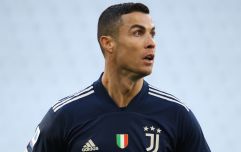 END_OF_DOCUMENT_TOKEN_TO_BE_REPLACED

Interestingly, Edinson Cavani, who has frequently been linked with a move away from PSG in the last six months, could move in the opposite direction.

The Uruguayan international has been with the French club since 2013 but there has already been ample speculation that a move to Atleti, whose manager Diego Simeone is said to be a big fan of his, could come to fruition this summer.

Now 32, the former Napoli striker could end up as a makeweight in any PSG deal for Griezmann.