"The best team to play here this season."

It may now seem ridiculous, but there was an outcry when Mauricio Pochettino was appointed Southampton manager in January 2013. The Argentine had been sacked by Espanyol two months earlier, with the club bottom of La Liga, and the Saints were performing admirably in their first season back in the top flight.

END_OF_DOCUMENT_TOKEN_TO_BE_REPLACED

Nigel Adkins was well respected after guiding Southampton from League One to the Premier League. When he was dismissed and replaced by Pochettino, Adkins had the full support of the British football media. Pochettino was looked down upon as a foreign usurper who had no legitimacy to take such a high profile job.

"With due respect to Pochettino, what does he know about our game?" former Southampton manager Lawrie McMenemy said. 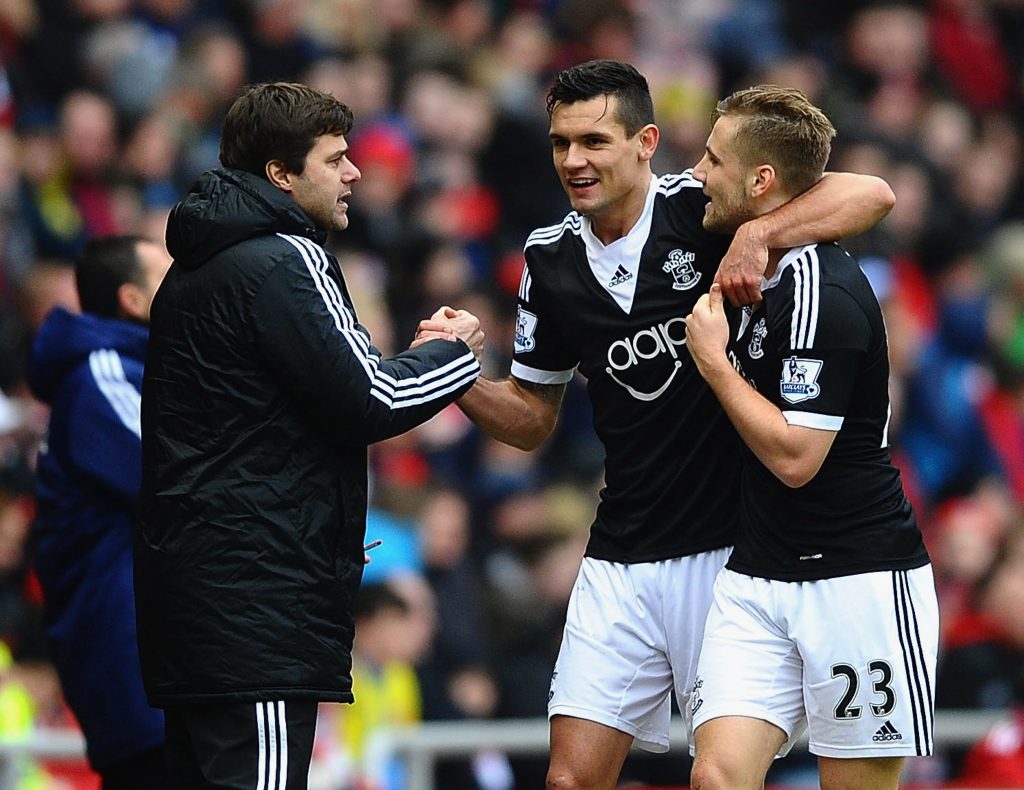 END_OF_DOCUMENT_TOKEN_TO_BE_REPLACED

Pochettino wasn't yet fluent in English, but that didn't matter. It's not an exaggeration to say that the 40-year-old had an instant impact on his new squad. Just 12 days after he was appointed, Pochettino's team managed to outplay Manchester United at Old Trafford.

They took an early lead after three minutes through Jay Rodriguez. Wayne Rooney then scored twice before half-time. The Saints lost 2-1 but were the better side, something that Alex Ferguson acknowledged after the game.

At the time, Southampton were three points above the relegation zone. Yet, after just two weeks working with his new players, and with a limited grasp of English, Pochettinho instilled such confidence in the team that they could produce a performance that drew significant praise from the United manager.

"Winning is the name of the game at this stage of the season," the Scot said.

"For the first 30 minutes I thought we were fantastic, we played really well. But in the second half Southampton have been the best team to play here this season. We were fortunate to win the game. They pushed on top of us and didn't give us any time on the ball." 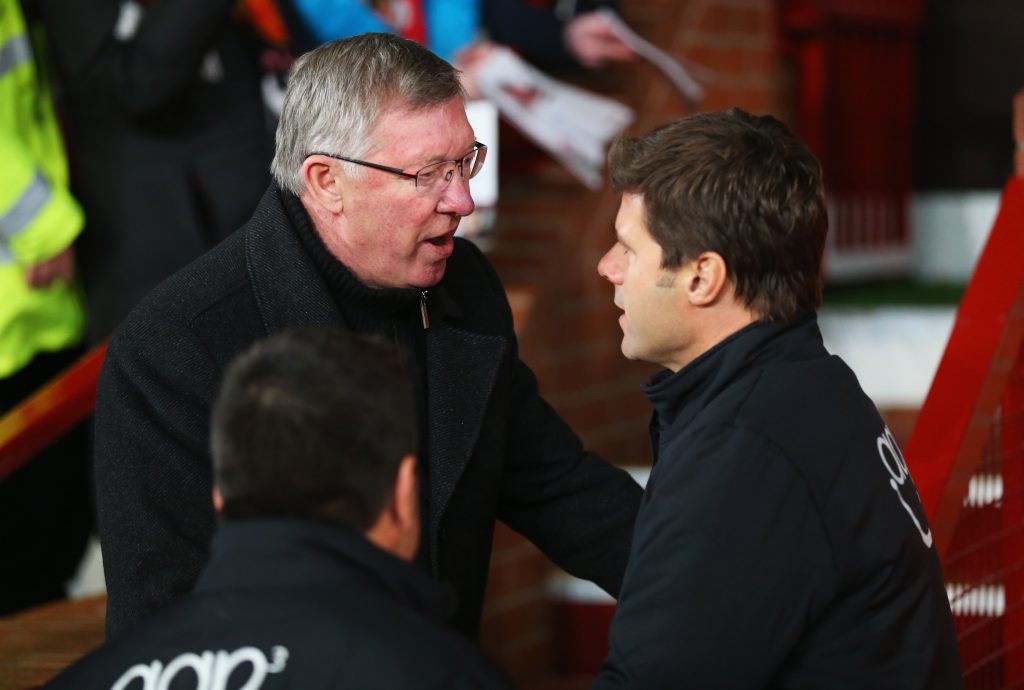 END_OF_DOCUMENT_TOKEN_TO_BE_REPLACED

Ferguson's side went on to win the Premier League by 10-points. Yet, Southampton pressed them high and didn't give them a second to pause on the ball. All the hallmarks of Pochettino's idea of play were on show. Southampton were hard-working, tactically flexible, meticulously prepared and full of confidence. They played on the front foot and had a plan to hurt United, who were lucky to escape with three points.

Southampton finished safely clear of the relegation zone. Pochettino's tactical acumen and his man-management skills were plain for all to see from the beginning of his spell in English football. The following season, the Saints finished eighth and Pochettino left for Tottenham, where he has built a team that regularly qualifies for the Champions League, plays attacking football and does so for the fraction of the resources available to their rivals. 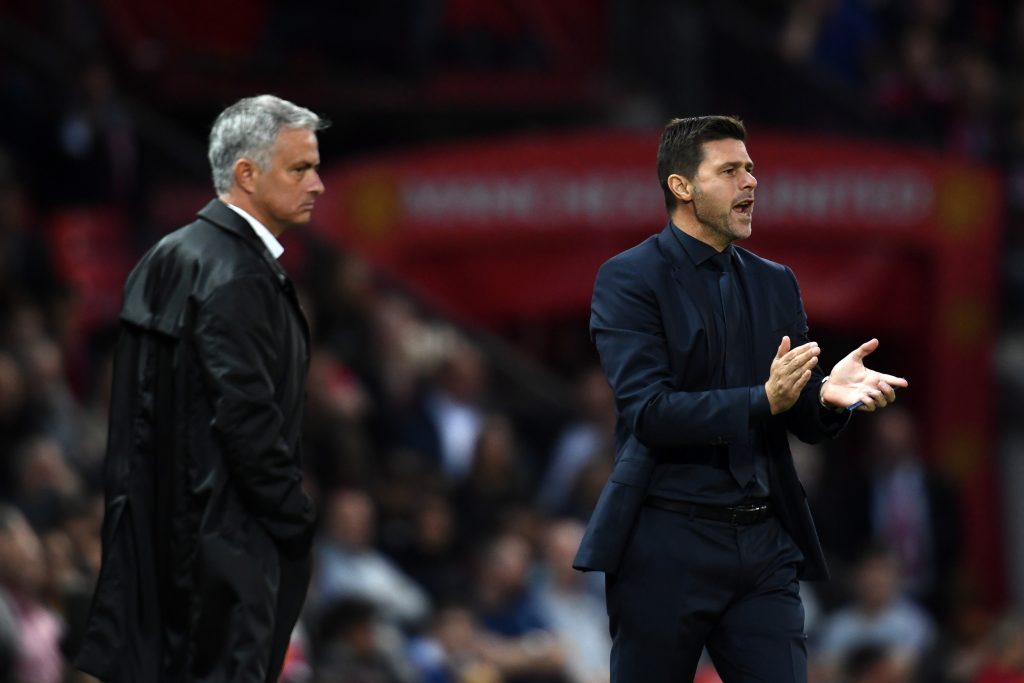 On Monday night at Old Trafford, Pochettino's Spurs team did get three points at Old Trafford after they beat Jose Mourinho's side 3-0. Once again, the Argentine had a plan to hurt United. After a patchy opening half, Spurs exploited space behind United's full-backs and isolated their rickety central defenders. The team played with confidence, determination and a purpose that was in stark contrast to the muddled, listless display from the hosts once they fell behind.

It may only be three games into the new Premier League season, but the result feels significant for both clubs and for both managers. It could hasten Mourinho's departure from Old Trafford and possibly proves something that should have been obvious a long time ago - the former Chelsea manager just isn't the right fit for the club and won't be capable of bringing sustained success back to United.

It also confirms that Ferguson's hunch about Pochettino was correct. He got it drastically wrong when anointing David Moyes as his successor in 2013, but his judgement on Pochettino proved spot on. Ferguson reportedly has little say on football matters at Old Trafford these days. But if given a second try at selecting a successor, the Scot would probably opt for the current Spurs boss.

Tottenham wouldn't entertain the thought of losing Pochettino to a rival club though. The Argentine recently signed a five-year contract extension and he has built an excellent team. Spurs will move into their new stadium this season and need regular Champions League football over the next few years. Several of their first-team players have signed contract extensions.

Pochettino is the key differential in Tottenham's rise from also-rans to serious competitors. He was the right man for the United job before Mourinho was appointed in 2016 and should be top of the list of candidates when Mourinho departs. However, it's quite possible that United have missed their chance.

Ferguson got it wrong about Moyes but was wise to Pochettino's qualities from the start.