Sponsored by TAG in cinemas now

Upcoming movie Tag, starring Jeremy Renner, Jon Hamm, Ed Helms, Jake Johnson and Hannibel Buress, is based on the true story of a group of friends who get caught up playing a game of tag from childhood right through to their current adult lives.

A worldwide show of hands would reveal that there probably isn't a single person alive today who hasn't, at some point, chased another person around an inadvisably small room to tag them and shout "you're it" endlessly until someone inevitably crashed into some furniture. But not everyone is aware that it's also played at a competitive level.

The idea for World Chase Tag came to its creator, Christian Devaux, whilst he was playing with his son in the garden and the competitive urge took over. "He was always quite athletic but never wanted to play conventional sports. That's when we started devising a way of timing ourselves to find out who was better," he explains.

Christian, with the help of his brother Damien, then took the idea and began organising meetups in Hyde Park with only some tape held together by trees forming the barriers. Now, World Chase Tag has its own Chase Tag Championship, an ultra-competitive competition contested by teams from all over the world and held annually in London - with the third taking place in September.

"It just started off as a bit of fun but as it came to the winter everyone began just slipping and sliding everywhere so we started looking for a gym," he tells me. "At first we went into a five-a-side hall in Shoreditch. Then we eventually came to a place like this, The Chainstore Gym and Parkour Academy, and obviously, they have a lot of equipment and that's absolutely perfect for us."

Looking around the gym, ladders, ramps, frames and bars are scattered all over the place, designed to give the athletes the apparatus to make each chase and evasion more exciting than the last. Once they had the equipment, the very best parkour athletes began taking a real interest in the sport. Even more so once they began to excel at it.


Greg Ball, current reigning champion and considered the most exciting player in the game today, first got into the sport after watching films like Spiderman and Casino Royale growing up and then starting parkour. 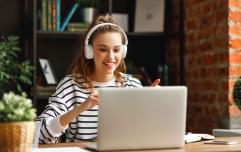 END_OF_DOCUMENT_TOKEN_TO_BE_REPLACED

You can see Greg in action above, the blonde-haired blur, slippier than a butter-covered eel being fired down a water slide, as he evades capture twice in the two middle chases during the video.

He started with local classes and in them, part of the training was a hardcore version of tag in which he honed his skills. Then after seeing his videos, the Duveaux brothers got in contact with him (and his Marrero Gang parkour group). Eventually, they entered the competitions and have now won the championship twice in a row.

He thinks that other than parkour athletes, people with backgrounds in both rugby and tennis are well suited to World Chase Tag due to the fundamental abilities of side-stepping, duking, feigning along with a high level of general agility. Sprinters and general track athletes tend to be very good as well, as raw speed is key.

"Of course I am going to see it. That's my dream movie right there. It's like my life," he says of Tag. "I love the concept behind it because at the end of the day we've all played tag and the it reignites that inner childhood flame that everyone's got. I want to see if they're actually good at tag, though. Obviously being a professional tag player I think I could give them a run for their money."

In the upcoming Tag films there its own world champions of sorts, Jerry, played by actor Jeremy Renner, has never been 'it' despite playing with the group since the game's beginning. But would Greg beat him in a game of tag?  "Oh yeah. Of course," he replies.

Both the sport's star and its creator love the primitive psychological aspect of the sport, of being the hunter and the hunted. For Greg it's the chaotic element, causing panic in his opposition and getting in their heads. It's exciting, fast-paced, and immediately accessible for anyone, as Greg puts it, simple as: "Don't get caught. That's it."

Tag is in cinemas now


popular
This weight training trick builds 50% more muscle in just eight weeks
Marks & Spencer issue apology for 'racist' bra name
Commentator runs out of words for Adama Traore, makes car noises instead
How Cristiano Ronaldo transformed his physique at Manchester United
When should you take rest days from the gym?
Neil Warnock expresses relief at failed bid for Celtic's Covid-breacher
Is it possible to build muscle and lose fat at the same time?