The top five most expensive sneakers of all time

In partnership with eBay 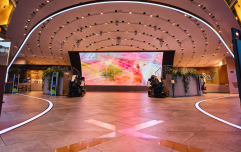 END_OF_DOCUMENT_TOKEN_TO_BE_REPLACED

Our very own Kieran Galpin recently wrote a piece on the sports stars who have some utterly ridiculous sneaker collections. There was everything from the bold to just plain baller-level shoe game on display and it got us thinking about which pairs go down as the most expensive sneakers of all time.

All that being said, with the help of eBay and their Authenticity Guarantee service, we've managed to assemble a list of the five most expensive pairs of trainers ever made and sold. We'll tell you now, you'd likely have to take out a mortgage to cop a pair of these but, don't worry, we've got a solution for that too.

Anyway, without further ado, behold the five most expensive sneakers of all time.

SPOILER ALERT! This isn't the only time you'll see Drizzy's name on this list as it seems having one of the world's biggest music artists collaborate on a pair of sneakers results in, well, money. 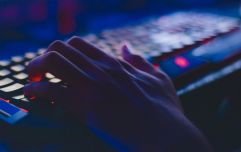 END_OF_DOCUMENT_TOKEN_TO_BE_REPLACED

Now, Jordans literally paved the way for modern sneaker culture and the Air Jordan 12 OVO (Drake's label and call sign), specifically, have always been a popular shoe; however, the official Drake edition is next level.

Being popular with a lot of sports stars, rappers and major celebrities, the Drake edition of the OVO 12s are only really attainable to the rich and famous, selling for a massive $100,000 on eBay - that's about £72k British sterling. It's rare you'll come across a pair or, rather, a person with the spare cash to buy one.

Another pair of Jordan's, another pair of 12s, however, there aren't many pairs like this out there. They don't quite make it on the podium but the Air Jordan 12 Flu Games - named after Michael Jordan infamous under the weather game against the Jazz in 1997, where he wore this very pair. 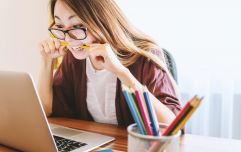 An essential survival guide to starting university in a Covid world

END_OF_DOCUMENT_TOKEN_TO_BE_REPLACED

It is this legendary story is that makes these specific pair of shoes so valuable. Retailing at around $104,000, these are also one of the rarest sets of sneakers on the planet! Legend has it, they'll make you score 38 points, get 7 rebounds, 5 assists, 3 steals and a block in game five of your local tournament. Seriously though, iconic.

Now, coming in at number three on our list of the most expensive sneakers ever made are the Buscemi 100 MM Diamonds.

Loaded with 11.5 carats of diamonds and set in 18-karat gold, these shoes aren’t for the faint-hearted.

If you’re looking for a fresh pair of white kicks, and fancy something totally unique, then cough up $132,000 and they’re yours!

Aaaaand we're baaack! When it comes to sneakerheads, Jordans are never far away. That being said, we can understand why this particular and penultimate pair is on the list as they were worn by the man himself in the 1984 US Olympics in LA.

Back in 2017, the very pair Jordan wore was auctioned off for over $190,000, making them (as far as we know) the most expensive game-worn sneakers ever sold. Only a year later, his 1982 NCAA Championship pair of Fastbreaks were also auctioned off for a pretty penny.

The auction was only originally expected to reach $10ok but clearly one collector wasn't messing about. Just imagine what a single pair from in 1992 'Dream Team' would go for!

Last but by no earthly means least are, you guessed it: a solid gold pair of OVO Air Jordans. There's always one. $2 Million these costs - that's just shy of £1.5 million, to us.

Designed by Matthew Senna, this beyond-extravagant set of sneaks are coated in genuine 24k gold weighs a whopping 50lbs. They quite literally stomp all over the competition.

We have no idea why someone would even attempt to wear these - we don't think they would, really, this is a 'collector's item' at its finest - but have a pair $2m trainers in your shoe cupboard is the equivalent of saying you keep your tangible assets in the bedside table next to your PJs.

Are you a sneakerhead?

Now, unless you're secretly related to Drake or 'Jumpman' himself, there's no chance any of us are securing a pair of those treads. However, if you are looking for a place to shop for more affordable yet still genuine, collectable pairs of sneakers, eBay has got you sorted.

As mentioned, they sell thousands of authenticated collectable sneakers for quite literally a tiny fraction of the cost, or when it comes to comparing against solid gold shoes, 0.02% of the price. Find everything from Jordans to Yeezys, New Balance, South Park edition Adidas - you name it.

You don't have to buy the most expensive sneakers to find an absolute steal of a pair. Check out what they have to offer now.