In partnership with Hidden Strength 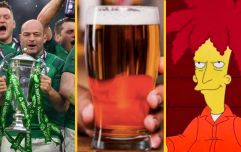 END_OF_DOCUMENT_TOKEN_TO_BE_REPLACED

The app, Hidden Strength, has been designed to offer a unique space for young people to turn for both community and expert mental health support if they are struggling.

In a world of low funding in mental health spaces, and a spike in mental health issues among young people in the pandemic, the app aims to provide a service not yet offered on a national scale.

The round-the-clock free therapy comes on the back of research which found that two thirds of young people would take up therapy if it were free. 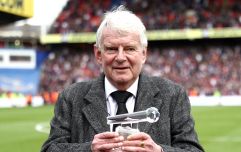 END_OF_DOCUMENT_TOKEN_TO_BE_REPLACED

Speaking with JOE, founder and CEO of Hidden Strength Linsey Lunny, said she has struggled with her own mental health throughout her life. She said, '"I was diagnosed with anorexia at the age of 17 after many years of bullying and struggles at school."

But it wasn't until she became a mother that she truly realised the difficulties faced by the younger generation. 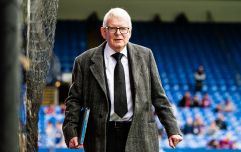 END_OF_DOCUMENT_TOKEN_TO_BE_REPLACED

She said, "I was helping a friend start a clothing brand on social media, and we were working with influencers. I was sat with an influencer one day and she showed me the comments online.

"I said to her 'how do you even deal with this? How does this not consume you?'"

This introduction to the world of social media and its impacts on mental health made Linsey fear for her young daughter's mental health, who was just around the age she would be starting to use social media.

Linsey began to research support that young people have online around social media, and found there was ver little support offered. She said, "That was the brainwave moment, that was when I realised something had to be made to support young people online."

Linsey says parents are still living ten years behind what their children are living today, and believes the best way to reach them is to embrace their world.

The need for expanded mental health provisions for young people has never been so desperate. The Covid pandemic has exacerbated an already dire situation. Research shows that over half of young people  who have struggled with mental health issues have only done so since the first lockdown in March 2020, with almost three quarters saying their condition has worsened in the last 14 months.

The app provides a bunch of features to create a go-to platforms for both younger folks and for parents:

There is also a website, which is aimed at providing support to the parents of younger children struggling with mental ill-health.

Linsey said it was important to build a library of knowledge, information and content for the parents.

She said: "We want it to be a go-to platform for parents for issues like self-harm or eating disorders. It's about creating that hub of information."

Linsey has far-reaching ambition for the future of the app, saying that if people spent even a fraction of the time on Hidden Strength they do on apps like Snapchat, that would be a win.

She said, "I'd also love to work alongside social media platforms so that if a child hashtag's self harm on instagram, instead of algorithms throwing images at them that they shouldn't see, the platform removes the child onto a platform like Hidden Strength to get the child the help that they need at that point.

"I want to be a support network on those platforms for those children who desperately need it at a time when they need it. I'd love to be that immediate response."

Use code HSJOE when you download the app to be given priority access in the queue ahead of roll out the app’s full features.

To find out more about Hidden Strength, visit hiddenstrength.com
Podcasts

popular
Ricky Gervais finally says what we're all thinking about the Johnny Depp Amber Heard case
Binley Mega Chippy: What is it and why is it all over my timeline?
New Time Traveller's Wife series airs 'incestuous' oral sex scene that has left everyone divided
Japanese man spends £12,480 to look like a border collie - and it kind of works
Wimbledon to drop Mrs and Miss on women’s honours board to match men's titles
The JOE Friday Pub Quiz: Week 296
Gangland enforcer charged £6K to attack victims with acid and £10K to blind them
You may also like
Food
Deliveroo are rewarding fans throughout the football
Sport
A foolproof guide to winning Euro 2020 with England
Sport
The next generation of fitness trackers is here and it's an absolute game-changer for your health
Sponsored
Top 5 footballers who would make good poker players
Sponsored
Top 5 hacks on how to cut down on your carbon footprint
Next Page