The pregnant man emoji is just one of 37 new emojis that will be implemented across devices in the near future.

END_OF_DOCUMENT_TOKEN_TO_BE_REPLACED

Back in July, ahead of world emoji day on July 17, new emojis were proposed by Unicode that included pregnant men. These emojis have now been finalised and it has been confirmed that the pregnant man is one of 37 new emojis due to be released.

The pregnant man is joined by a gender-neutral pregnant person who are both in the same position as the already existing pregnant woman emoji.

Other changes include skin tone variations to the handshake, gender-neutral royalty options, trolls, mirror balls and a melting face.

The proposal from back in July read: “Currently, emojis only depict people assigned female at birth in a role of pregnancy.

“If emojis are designed in a manner to be as inclusive as possible this emoji should present its gender more ambiguously. 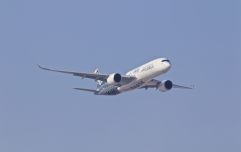 END_OF_DOCUMENT_TOKEN_TO_BE_REPLACED

“One’s sex does not dictate the capacity to care for children in the home or work in the market.​"

The statement continued to say that gender-ambiguous pregnancy is not something new but frequent throughout history. Instead, technology is just now catching up and is being included in a bid to encourage diversity and inclusion.

People freaking out about the pregnant man emoji as if 99.9% of uses aren't going to be cis men who've eaten one too many chicken wings pic.twitter.com/AYiFAo2TIm

The proposal also included input from Jessica Clarke, a law professor at Harvard University, who suggests that, "law could see pregnancy not as something that only happens to women’s bodies, but also as a bodily condition experienced by people who do not identify as women."

The proposal also confirms that emojis go beyond gender.

Hell yea, can’t wait to tell the homies I ate too much by just sending the pregnant man emoji. https://t.co/JNOaODK2D1

"The point is: this emoji isn’t just about gender. This is about understanding how language is fluid and representation of a person with a swollen belly has value as an emoji expression," continued Clarke, her comments appearing alongside an image of what is assumed to be a man complaining he ate too much Chipotle.

popular
Cigarette and tobacco prices to rise at 6pm today
Insulate Britain members have ink thrown on faces amid motorway protests
UFC star Paddy The Baddy explains why he's 'Scouse not English'
New Buzz Lightyear trailer starring Chris Evans has divided the internet
Danny Mills forgets he's on air as he calls Man Utd 's***' on Sky Sports
Tiger King 2 trailer has just dropped and it looks wild
Forensic pathologist explains how Brian Laundrie's body skeletonised so quickly
You may also like
News
Woman 'has proof' extra iPhone cameras are fake
Sponsored
Everything you need to take your streaming set-up to the next level
Tech
Sky Glass: Everything you need to know about the all-in-one WiFi TV
Tech
Man becomes UK's youngest billionaire after launching £4bn business in lockdown
Sport
The next generation of fitness trackers is here and it's an absolute game-changer for your health
Next Page