Is your partner on the list - or worse, are you?

A new survey has revealed which professions are the most adulterous when it comes to relationships - and life has never made so much sense.

The survey comes from “infidelity dating site” Victoria Milan, who questioned 5,658 of its users.

If there were a list of professions to stay away from then this is it. So grab some paper because you're going to want to write this down!

Though this feels like a personal attack, the 9th naughtiest profession are journalists, PR people and other communication-based professions. It turns out that 'communicating' all day means you want more physical activity at night. 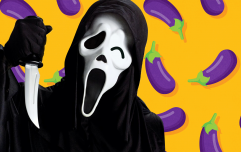 END_OF_DOCUMENT_TOKEN_TO_BE_REPLACED

Turns out the gavel isn't the only thing lawyers are banging, so be careful if your lawyer partner suddenly tells you they are working late on a deposition.

You'd need only turn your attention to our country's leaders to see why most people trained in law are not ones to stick to the rules of relationships.

In many ways, a banging set or a killer album is like a CV for sexy time, as it shows they have rhythm and can understand a beat better than most.

We've all seen it, that tender artist who seems to have a better grasp on the world than most politicians. As giants of their industry, who could resist?

But guess what? They also have three kids, a wife and another side piece.

Top tip: Watch out for the 'undiscovered' artist - the ones that wear beanies during the summer.

With most professional athletes raking in the coin like no other, it's no surprise everyone and their grandma is throwing themselves at them.

With countless TV shows centred around the wives and mistresses of such athletes, watch and take them as a cautionary tale.

Again, is there a CEO on cinema history who hasn't tried it on with everyone in the office? Well, it turns out the real-life business moguls are doing it too, so be careful next time your entrepreneur partner says they are 'networking'.

This revelation brings a whole new meaning to 'clap for the NHS'.

This one is actually a surprise despite the obvious allure of a doctor or nurse. As experts in anatomy, these cheaters are expertly equipped for their illicit affairs.

Coming in at the second spot are the human embodiment of 'Different hoes in different postcodes'.

There is nothing more high functioning than an aviation cheater. After all, you don't have to worry about your side piece as much when they live across the world.

Most lads digest The Wolf of Wall Street like a biblical text - and now things are starting to make sense. Working in finance is a red flag and now that has been confirmed by science.

Still, before you look to your partner who has just found out their profession is on this list, remember that not every apple is a bad one. However, you might want to invest in a PI to settle those thoughts.