Unfortunately for the MEP, the revelation of the bakery chain's 'plans' came via a spoof Guardian Twitter account, meaning that the steak beak makers are unlikely to be adopting any such policy. 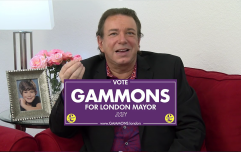 END_OF_DOCUMENT_TOKEN_TO_BE_REPLACED

The spoof account @GuardianMemeWin posted a 'story', "Greggs is to rebrand in a move towards a gender neutral business model following criticism that their name sounds too male".

Other @GuardianMemeWin headlines include "Owen Jones: 'I’ve always had a problem with white people eating rice but I’ve remained silent, until now' and "Theresa May prepares to condemn Saudi by penning a moderately worded letter that details her displeasure at their execution of a journalist".

Apparently the Greggs 'news' got under the skin of the UKIP leader.

In a now-deleted tweet, Batten wrote: "Criticism from who? Probably someone who doesn't buy from Greggs.

"A cheese roll is a cheese roll! When is this madness going to stop? By the way, almost all the staff in Greggs are female. Do they operate a biased recruitment policy?"

In fairness to Batten, he wasn't the only one to fall for the headline, but he was the only leader of a prominent political party to do so.

popular
Shocking footage shows moment man is killed by his own brothers
Addison Rae banned from TikTok
Gary Lineker pulls out of presenting MOTD due to 'super cold'
The JOE Friday Pub Quiz: Week 265
'Neighbour from hell' booted out of a retirement home for getting naked and threatening to stab resident
The Batman trailer has just dropped and it looks absolutely unreal
Man Utd defend decision to make 10 minute flight to Leicester for Premier League clash
You may also like
News
Tommy Robinson laughed out of the North West as results declared
News
UKIP leader Gerard Batten loses his seat in London at European elections
News
Nigel Farage erupts at security after being hit with milkshake while campaigning in Newcastle
News
UKIP candidate said it's alright to sexually abuse young boys
News
UKIP leader walks out of interview after question about rape joke
Next Page