Woman who bumped into Insulate Britain protestors calls them 'terrorists'

She called them terrorists and was then called an attempted murderer

The woman who drove her car into the back of Insulate Britain activists has labelled them "terrorists" and further claimed they were faking injuries following her decision to give them what she calls "a nudge".

Appearing on right-wing outlet GB News, 34-year-old Sherrilyn Speid explained why she drove into the back of protestors blocking junction 31 of the M25 motorway on Wednesday October 13. 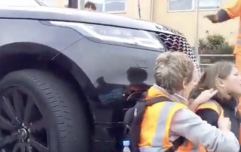 END_OF_DOCUMENT_TOKEN_TO_BE_REPLACED

Asked if she agrees with host Dan Wootton's belief the 'protests' are an act of terrorism, Speid replies, "absolutely."

She continued to add: "I tried to do it in a nice way" despite this not exactly being corroborated by the clip which shows her ripping a banner away and leaning down towards a sitting protestor.

After minutes of Wootton and Speid agreeing with one another, Independent columnist Donnachadh McCarthy is invited on as to provide a counter-point to the conversation.

McCarthy immediately says that Wootton has just "insighted murder on this program".

Dan Wootton: “You tried to get them to move.”

Sherrilyn Speid: “In a nice way.” 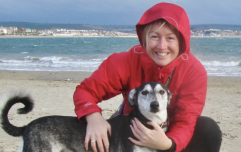 Insulate Britain protestor will be on hunger strike whilst in prison

END_OF_DOCUMENT_TOKEN_TO_BE_REPLACED

It's always great journalistic practice to shout at your guests - and that is exactly what Wootton does.

McCarthy continues: "This woman is a mother and she drove a car over two peaceful women. What an example to give to her child."

Speid then defends herself, claiming she meant no ill will and was simply nudging them. Ironically, her words were cut to a clip with her throwing her hands in the air and leaning towards the protestors.

Doesn’t matter what excuse you give, it’s never going to be acceptable to drive into someone. Absolutely none.

Appalling that GB News should be giving her this airtime. 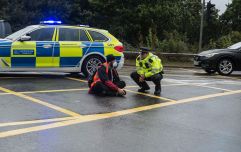 END_OF_DOCUMENT_TOKEN_TO_BE_REPLACED

"All of that 'ow ow' was dramatic and fake. There's no way it hurt them," she continued.

"They still didn't move. I got in the car and some men helped me and got them out the way so I could take my son to school."

McCarthy continued: "You cheered and applauded someone who carried out an attempted murder of peaceful people. They're fighting for a future for kids."