A couple's wedding day was ruined as their neighbour was mowing the lawn whilst the bride walked down the aisle. A video has surfaced on TikTok which captures the moment and in the comments everyone is outraged at the woman’s tactless behaviour.

END_OF_DOCUMENT_TOKEN_TO_BE_REPLACED

The video was posted on June 11 on TikTok by @vampyric, who was a guest at the wedding, and it has now gained 230k views. It captures the moment a bride's special day was ruined by the neighbour across the street deciding to mow the lawn just as she walked down the aisle.

The video was captioned, "some people are so miserable." Writing on the video, the user added: “ The second the bride’s song came on and she walked down the aisle this ‘Karen’ decided to mow her lawn and yell at us to ruin the wedding.”

The wedding guest continued to write that: “ She continued through the entire wedding and we could not hear the vows etc.”

It was also clarified in the comments section how they had asked the neighbour to stop mowing the lawn during the ceremony but “she was not kind, “ and “not friendly at all.” 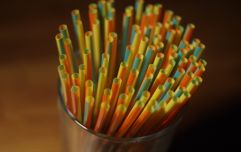 END_OF_DOCUMENT_TOKEN_TO_BE_REPLACED

People in the comments were infuriated with the neighbour for purposely trying to ruin the wedding and were quick to share their frustration.

"Now I’d be committed to randomly ringing her doorbell at 3am at least once a week for eternity.” one person said.

END_OF_DOCUMENT_TOKEN_TO_BE_REPLACED

"I don’t get how someone could be so spiteful. It’s really sad to watch.” another person added.

With another person adding, “I have so much rage right now.”

It was questioned whether the couple had an ongoing rivalry with the neighbour but the TikTok user confirmed there was no bad blood prior to the wedding.

Even though the majority of people were furious about the neighbour's behaviour, some were understanding towards her. With comments like, “ Maybe you’re the villain and this is her revenge.”

Also another person added: “ That’s something you have to accept when you don’t pay for a venue though, it’s her property she didn’t agree to a wedding.”

popular
The JOE Friday Pub Quiz: Week 308
Multiple fatalities after planes collide mid-air over airport
Former Playboy Bunnies detail what it was like having unprotected orgies with Hugh Hefner
Pilots fly over destination airport at 37,000 feet - because they were both sleeping
Incredible case of the only known individual whose parents were two different species
Mum cuts off boyfriend's 'private parts' after he 'tried to rape 14-year-old daughter'
Man plunges to his death after drawbridge opens as he was crossing it
You may also like
Life
Woman lies beneath delivery driver's car to force him to carry her fridge inside
News
The horrifying reality of what the last selfies on Earth will look like, according to AI
News
Karen's Diner apologises after waiter called customer a 'pedo' and an ‘OnlyFans tart’
Weather
Naked couple filmed having rooftop sex during record heatwave
Social Media
Fisherman fights shark as he tries to get his finger back- 'I lost my goddamn pinky'
Next Page