Vote Leave has been referred to the police and fined £61,000 by the Electoral Commission.

A probe by the commission said the nominated Brexit campaign broke electoral law, after it discovered "significant evidence" that Vote Leave coordinated with another campaign group called BeLeave.

This "joint working" allowed Vote Leave to exceed its legal spending limit of £7 million by more than £500,000. The report reveals that BeLeave coordinated with Vote Leave to spend more than £675,000 with data firm AggregateIQ - spending which was not reported by the campaign.

BeLeave's founder Darren Grimes has also been fined £20,000 and referred to the police, having been found to have incorrectly reported spending and breaking the limit by £665,000.

Vote Leave also returned an "incomplete and inaccurate spending report." Close to £234,501 was reported incorrectly with invoices missing for £12,849.99.

Nigel Farage, who was not a part of the Vote Leave campaign, on the day the referendum result was announced (Credit: Mary Turner)

Why British exceptionalism is so dangerous

END_OF_DOCUMENT_TOKEN_TO_BE_REPLACED

"We found substantial evidence that the two groups worked to a common plan, did not declare their joint working and did not adhere to the legal spending limits. These are serious breaches of the laws put in place by Parliament to ensure fairness and transparency at elections and referendums.

"Vote Leave has resisted our investigation from the start, including contesting our right as the statutory regulator to open the investigation. It has refused to cooperate, refused our requests to put forward a representative for interview, and forced us to use our legal powers to compel it to provide evidence.

"Nevertheless, the evidence we have found is clear and substantial, and can now be seen in our report." 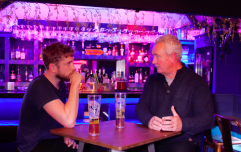 END_OF_DOCUMENT_TOKEN_TO_BE_REPLACED

A Vote Leave spokesman said: "The Electoral Commission's report contains a number of false accusations and incorrect assertions that are wholly inaccurate and do not stand up to scrutiny.

"It is astonishing that nobody from Vote Leave has been interviewed by the commission in the production of this report, nor indeed at any point in the past two years. Yet the commission has interviewed the so-called 'whistleblowers' who have no knowledge of how Vote Leave operated and whose credibility has been seriously called into question.

"Vote Leave has provided evidence to the Electoral Commission proving there was no wrongdoing. And yet despite clear evidence of wrongdoing by the Remain campaign, the commission has chosen to ignore this and refused to launch an investigation.

"All this suggests that the supposedly impartial commission is motivated by a political agenda rather than uncovering the facts.

"The commission has failed to follow due process, and in doing so has based its conclusions on unfounded claims and conspiracy theories.

"We will consider the options available to us, but are confident that these findings will be overturned."


popular
Ben & Jerry's calls out Priti Patel over UK's treatment of migrants
Everything the UK's fittest man eats to stay lean while building muscle
QUIZ: You can't get 10/10 in this extremely frustrating geography quiz
Fantasy Premier League champion stripped of title over allegedly offensive comments
This weight training trick builds 50% more muscle in just eight weeks
UK is now in the deepest recession in history
What Taylor Swift can teach us about transfer window heartache

You may also like
Politics
Building a post-Brexit business without the EU
Politics
Brexiteers have won, what do they want now?
Politics
Over and out - Brexiteers celebrate Brexit Day in Parliament Square
Politics
Sadiq Khan's Brexit Day message of hope and tolerance
Politics
The child refugee separated from his only living family member
Next Page