Video board game Atmosfear will return after smashing Kickstarter target

Popular 90's video board game Atmosfear is making a return to the UK market after smashing a Kickstarter campaign in time for the 30th anniversary. 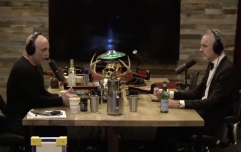 END_OF_DOCUMENT_TOKEN_TO_BE_REPLACED

Developed by Phillip Tanner and Brett Clements in 1991, the game first launched in Australia, New Zealand, Canada and North America under the name Nightmare - which, let's be honest, is less catchy.

Due to copyright issues, the same game launched in Europe under Atmosfear and became an instant hit, selling two million units two years after launch.

Though the game has seen a few expansions over the years, a Kickstarter campaign is bringing the original back to us in all of its former glory. With the initial goal of $48,529 and a finishing amount of £107,423, suffice to say that there is undoubtedly a demand for its return.

According to the Kickstarter, the new addition will "expand on the original with deluxe game play extras and new custom pieces" as well as "new playing pieces, extra cards, and incorporating the crazy Baron Samedi expansion".

The game will also introduce a "new and original backstory of The Gatekeeper" in the form of a graphic novel.

The 30th-anniversary edition is due to release in 2022.

Names and faces we know are popping up/Via Kickstarter

According to the campaign, the game will see "three to six very brave (AKA foolish) players take on a video ghoul host – The Gatekeeper – in a game of skill, chance, shocks and laughs. During the game, as you make your way around the board collecting keys, THE GATEKEEPER makes random appearances to bully, insult, reward or punish you; why? Because he can, this is his game, and these are his rules.

"Reach into the bag of mystery to randomly choose which of the six harbingers of doom you will become and grab your special number before you launch the Master of Cemeteries: THE GATEKEEPER. 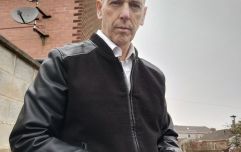 END_OF_DOCUMENT_TOKEN_TO_BE_REPLACED

"To beat THE GATEKEEPER, you must collect 6 keys while you are taunted by The Gatekeeper, battle with your supposed friends, and take a chance with the Fate, Time and Chance cards, as you hopefully make your way to the centre of the board where you need to avoid facing your worst nightmare; the thing you fear most!"

popular
Moment thug kidnaps teenage ex in horrifying ordeal that left her unable to walk or talk
Coronation Street star left homeless after sharing anti-vax views
Cristiano Ronaldo complained to Transfermarkt about valuation before blocking them
Boris Johnson outdoes himself with the most ridiculous denial he's ever made
Why dogs are getting sick and symptoms owners should look out for
Liz Truss spent £500,000 of taxpayers' money on a private flight to Australia
Martin Lewis issues urgent advice for households ahead of energy price hike
You may also like
Life
Quality Street is bringing back one much-loved retro flavour
Sport
Arsenal, Real Madrid and Bayern Munich kits are getting the retro treatment and we love it
Sport
A Manchester United retro jersey has been leaked and it's an absolute beauty
Sport
Adidas have released a set of mash up retro kits and they look incredible
Entertainment
Five classic sim games you used to play the hell out of
Next Page