It's one of the sorry rituals of modern life.

Waking up and tentatively reaching for your phone and checking your online banking app to see what the damage is. 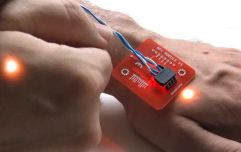 END_OF_DOCUMENT_TOKEN_TO_BE_REPLACED

But few will have had a shock the size of the one Tyler Daniels received when he saw he was suddenly overdrawn by £1.2 million.

The unemployed 21-year-old says the account doesn't even have an overdraft facility and has since been frozen out of all his accounts while Barclays investigates the matter.

After making the shock discovery he took to Facebook to express his dismay.

Unsurprisingly he says the ordeal has left him feeling extremely "stressed". He wrote on Facebook:

"I woke up to my current account overdrawn by almost 1.2 million.

"I have been on the phone to Barclays for over 2 hours talking to various departments including the fraud department.

"I went to my local Barclays branch to take cash out my savings account to live on whilst my current account was suspended.

"I was then told in branch that I couldn't take cash out my savings account as Barclays has blocked all my accounts."

"From the detail included in the mini statement, it is evident that the transactions could only have been made using login security information for the mobile banking app. We are carrying out a thorough investigation."