"There is still time to change your mind" 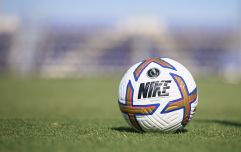 END_OF_DOCUMENT_TOKEN_TO_BE_REPLACED

Ceferin told the UEFA congress on Tuesday, per the Independent: “I would like to address the owners of some English clubs.

“Gentleman, you made a huge mistake. Some will say it is greed, others disdain, arrogance, flippancy of England’s football culture. But it actually doesn’t matter. What matters is that there is still time to change your mind.

"Everyone makes mistakes. English fans deserve to have you correct your mistake. They deserve respect.”

UEFA President Ceferin in public appeal to English clubs behind Super League: "Gentlemen you made a huge mistake. Some will say it is greed, others distain, arrogance ... there is still time to change your mind. Everyone makes mistakes” pic.twitter.com/urIDYIs0qg

END_OF_DOCUMENT_TOKEN_TO_BE_REPLACED

His comments come the day after he launched an attack on the executives at Manchester United and Juventus, accusing them of being "snakes."

UEFA has already been quick to condemn the proposals for a new tournament, that 12 of Europe's biggest clubs have signed up to. The organisation has made clear that any teams involved will be banned from any future UEFA competitions at both a club and international level, and is set to make a decision in the coming days regarding any punishments and disqualifications that may be handed out to clubs in this season's tournaments.