Cabinet Secretary, Steve Barclay, has appeared on multiple breakfast shows where he has refused to apologise for the Government’s handling of the Covid response.

A Commons report published by a group of MPs has described the government’s early response to the pandemic as one of the worst public health failures in UK history. 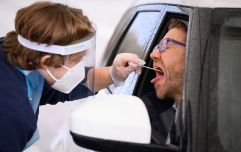 END_OF_DOCUMENT_TOKEN_TO_BE_REPLACED

According to the report "decisions on lockdowns and social distancing during the early weeks of the pandemic - and the advice that led to them - rank as one of the most important public health failures the United Kingdom has ever experienced.

"This happened despite the UK counting on some of the best expertise available anywhere in the world, and despite having an open, democratic system that allowed plentiful challenge."

Cabinet Minister, Steve Barclay, has appeared on LBC Radio and Sky News, where he has repeatedly refused to apologise for government's failures set out in the report.

Presenter Kay Burley said: "We saw a young man who was lowered into the ground and his family couldn’t be there and they had to watch it on Zoom. 20,000 times that happened needlessly. How can you not say you’re sorry?"

Barclay said it was “heartbreaking” but that the government had been working in an unprecedented time with “imperfect information”. 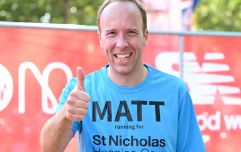 END_OF_DOCUMENT_TOKEN_TO_BE_REPLACED

Barclay admitted he had not yet read the report.

Leader of the Labour Party, Sir Keir Starmer, has acknowledged how difficult today will be for bereaved families today.

Starmer has urged the PM to apologise over the Covid report, as MPs continue to duck responsibility for the UK's "worst ever public health failures"

Welsh health minister, Eluned Morgan, is the first to apologise for mistakes made at the start of the coronavirus pandemic. "I think we have a duty to say sorry to people where we've made mistakes"

Prime Minister Boris Johnson is currently on holiday in Marbella.