Tommy Robinson ordered to pay £100,000 in damages to Syrian schoolboy

Alt-right commentator and English Defence League founder Tommy Robinson has been ordered to pay £100,000 in damages after losing a libel case. This comes after a Syrian schoolboy was filmed during an attack at his West Yorkshire school.

Stephen Yaxley-Lennon, or as he is commonly known, Tommy Robinson, has been sued by schoolboy Jamal Hijazi after a violent altercation was filmed at his school.

BREAKING: Tommy Robinson has been ordered to pay £100,000 in damages to a Syrian teenager in a libel case. pic.twitter.com/9L9F7gHd4t

Shortly after the video circulated, Robinson said the boy was: 'not innocent and he violently attacks young English girls in his school'. Hijazi denies these allegations. 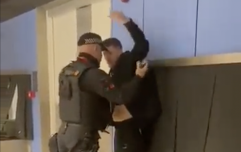 END_OF_DOCUMENT_TOKEN_TO_BE_REPLACED

Robinson chose to represent himself in the case and argued that his comments were substantially true. He claimed to have 'uncovered dozens of accounts of aggressive, abusive and deceitful behaviour' by the boy.

For Jamal, Catrin Evans QC described Robinson as 'a well-known extreme-right advocate' with an 'anti-Muslim agenda' who used social media to spread his views. She also added that Robinson's videos 'turned Jamal into the aggressor and the bully into a righteous white knight'.

Robinson insisted that he was an 'independent journalist' at the time, stating that: 'The media simply had zero interest in the other side of this story, the uncomfortable truth.'

Robinson was unsuccessful in his defence and has now lost and has been ordered to pay £100,000 in damages. 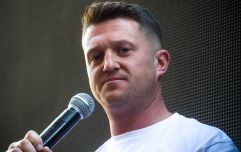 END_OF_DOCUMENT_TOKEN_TO_BE_REPLACED

The boy's lawyers said that Robinson's comments had 'a devastating effect' on the schoolboy and his family who had come to the UK as refugees from Homs, Syria.

To learn more about Tommy Robinson's rise to an alt-right commentator, watch our 'I made Tommy Robinson go viral, will you forgive me?' Caolan Robertson documentary