It seems like a bizarre anachronism in a modern world where devices that tell the time are everywhere.

But amazingly the Speaking Clock is still going and it still gets more than 12 million calls a year. 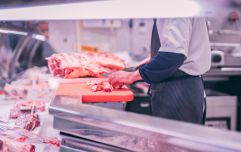 END_OF_DOCUMENT_TOKEN_TO_BE_REPLACED

For anyone who never dialled the Speaking Clock as a youngster looking for some telephonic shits and giggles, you basically ring it and it reads the current time out to you. Honestly.

It reads the time out every 10 seconds day and night and it costs 45p a minute to call it - but, and here comes a fun fact, its so accurate that they set Big Ben off it.

With most people having a clock on their phone - and surely one on their wall, we're not sure who the hell is calling the service still.

But we imagine it's probably largely drunk students and young children accidentally mashing the keypad of the 123 number, which you can still call off BT lines and others.

But the dial-a-time service is celebrating 80 years of reading the time out down the phone and to mark the milestone BT have launched a competition for some lucky swine to be the new voice of the Speaking Clock.

The winner will only have been the fifth permanent Speaking Clock voice in history since the service began on July 24, 1936. 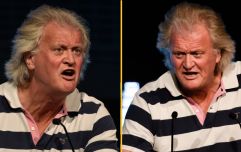 END_OF_DOCUMENT_TOKEN_TO_BE_REPLACED

Although some celebrity voices like Lenny Henry, Ian McKellen, Gary Barlow and Jo Brand have had a temporary bash at reading the time on there for charity.

Current incumbent of the famous Speaking Clock voice is Sara Mendes Da Costa, a voiceover artist who has held the position since 2007 after being whittle down from thousands of applicants for the job.

Now they're holding a competition to find the new voice of the clock - but the closing date is 10pm on Monday. You can apply here and the winner will be announced on the BBC's One Show in November.

This is the full story behind that famous voice...

popular
Wetherspoons axing customer favourite pints in menu shake-up
Tyson Fury claims sport science and nutrition mean "f**k all" in hilarious clip
Juventus ‘could be relegated and stripped of Serie A title’ over investigation into transfer dealings
YouTuber posts video telling fans 'I'm not dead' - dies days later
Woman left mortified after realising why postman ‘rudely’ chucked parcel through door
Dad claims toddler stayed up until 11pm after cafe accidentally put coffee in babycino
Man chops off two fingers in mission to become fully-fledged 'black alien'
You may also like
Sport
Boris Johnson calls for employers to give workers time off on Monday if England win Euros
Life
You could get paid £29,000 to review pubs for a year
Life
Dream job involves sending you to Sweden to get paid to ski badly
Entertainment
Rockstar Games is looking to hire full time game testers
News
Checking e-mails on the commute into work 'should count as work', study says
Next Page