Ten percent of men believe they could beat a lion in a fist fight, according to survey

These are the YouGov surveys that really matter. You can keep your opinion polls and voting intentions, I want to know who Americans think would win in a series of 1v1 matchup between animals. 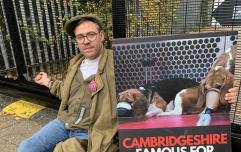 END_OF_DOCUMENT_TOKEN_TO_BE_REPLACED

The survey put 34 different animals, along with humans, against one another in a series of random match-ups, with 1,224 US adults then asked who they thought would win in each contest.

Coming out on top was the elephant, which had a win-rate of 74 percent, with the tiger in close second with 70%. Humans came second-to-last with a win-percentage of 17%, just ahead of the humble goose with 14%. This is despite the fact that we all know geese are absolutely terrifying and always up for a scrap.

However, perhaps the most enlightening findings come when people were asked to rate their own chances against each animal.

Eight percent of American men (and 7% of women) reckon they could beat a lion in a fist fight. Even more reckon they could take on an elephant or gorilla, with 9% of men and 8% of women backing themselves in a fight against both.

"Compared to women, men feel most able to take on medium-sized dogs and geese" https://t.co/QgdBhNNudW pic.twitter.com/RAkPbtxmac

On the flip-side, almost a quarter of men and a third of women don't think they could beat a rat in a fight.

END_OF_DOCUMENT_TOKEN_TO_BE_REPLACED

It's the people that reckon they could beat a goose that I question most. They'd batter you and wouldn't give it a second thought.

No fear. Not of tigers, not of man. pic.twitter.com/cyyl04QNTj

popular
Shocking CCTV shows moment rival gangs engage in fierce gun fight in broad daylight
Aaron Ramsdale wore Arsenal away shirt against Newcastle
Phil and Josie lose it at world's biggest penis on This Morning
Man Utd players 'unimpressed' at not receiving WhatsApp updates on Rangnick
Internet left confused after hearing Salt Bae's voice for the first time
Barmaid dies after telling friend she had been spiked in nightclub
Pro Volleyballer spends £590K believing he was dating supermodel Alessandra Ambrosio for 15 years
You may also like
Environment
Octopuses, crabs and lobsters are sentient beings that feel pain under UK law, government announces
News
Teacher filmed 'punching and kicking horse' suspended from job
Life
Petition to restrict fireworks to protect pets gets 800,000 signatures
News
You could be fined for setting off fireworks which cause dogs to suffer
Life
Woman spends £13.7k to rescue stray kittens she found on holiday
Next Page