Teenagers ‘force hedgehog to inhale cannabis before throwing it in river’

The poor hedgehog was rescued by a passerby

The RSPCA are trying to track down a group of boys who blew cannabis into a bag containing a hedgehog before throwing it in a river, in an incident that they have branded as "horrific and callous." 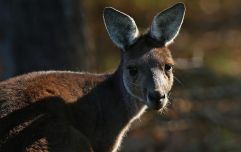 END_OF_DOCUMENT_TOKEN_TO_BE_REPLACED

The incident happened in the Leicestershire town of Market Harborough on April 10.

A passerby managed to rescue the animal, taking care of it overnight before alerting the RSPCA to the dreadful incident. The charity then took it to Leicestershire Wildlife Hospital for treatment.

The hedgehog, which is partly-blind, is being kept in an incubator and is said to be doing well.

Inspector Karl Marston, from the RSPCA, said that he was "shocked" by the attack on the animal, and that it was a "miracle" it had survived.

Per the Harborough Mail, Insp Marston said: "We are extremely grateful to the members of the public for saving this poor hedgehog’s life and for keeping her safe overnight until we were able to collect her and take her to the hospital.

"Witnesses said they saw a group of young males, possibly teenagers, with the hedgehog. They had her in a bag and were believed to be blowing cannabis smoke into the bag. They then tipped the hedgehog out of the bag into the water.

"It is hard to imagine why anyone would want to deliberately attack an animal in this horrific and callous way."

Meanwhile a spokeswoman for the wildlife hospital where the hedgehog is being cared for said that the little hedgehog is "still fighting on."

The spokeswoman said: "Despite everything that has happened to her she is still fighting on.

"She’s currently being cared for in one of our incubators."

She added: "We have discovered that she is blind in one eye. We don’t think this is in relation to the cruelty incident - so therefore she will remain in our care.

"She was also covered in ticks, which we have now removed."

Anyone with information about the incident is being urged to contact the RSPCA on 0300 123 8018.