The teacher has been hospitalised three times by the same student

A teacher from South Florida was taken to hospital following a vicious attack from a five-year-old student that left her "unresponsive."

Trisha Meadows from Pines Lakes Elementary School was found "sitting on the ground against the wall" by first responders who said she appeared to "be in a faint state". 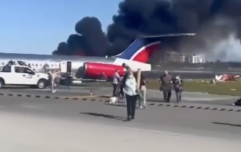 END_OF_DOCUMENT_TOKEN_TO_BE_REPLACED

According to a heavily redacted police report, the teacher was "clearly weak and dazed", leaving them able to "blink and breathe regularly." However, "at no point was able to vocally respond or show signs of a response."

The incident allegedly occurred after a five-year-old was removed from class for "throwing things around" and "flipping the chairs." The actual attack happened in a "cool down" room where Meadows and the student were alone. 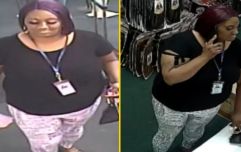 END_OF_DOCUMENT_TOKEN_TO_BE_REPLACED

The teacher was later taken to Memorial Regional Hospital in Hollywood, where they were treated for a concussion.

While the child is still being investigated for "aggravated assault with hands, fist and feet," a police spokesperson told NBC that it's unlikely they would be prosecuted. They argued that proving the child could distinguish between right and wrong would be difficult.

A teacher who was attacked by a 5-year-old student is home from the hospital, and the teacher’s union said it was not the first time she has been attacked by the same student.https://t.co/RSIpMyl6Lk 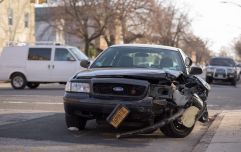 END_OF_DOCUMENT_TOKEN_TO_BE_REPLACED

Broward Teachers Union President Anna Fusco also told NBC News that the victim was of slender frame, around five-foot four and in her late 30s to early 40s.

They added that Meadow's had been teaching an "exceptional student education" with a "group of "children with some type of special needs or special disability, with all kinds of different diagnoses."

Fusco continued: "The way he pounced on her and the way she fell backwards and smacked her head, it was a severe concussion.

"She's got some other bodily injuries from him jumping on her, attacking her, kicking, punching, biting that's going to lead to surgery."

While Pines Lakes Elementary School has referred all questioning to the police, Principal Susan Sasse did release a statement following the attack. She acknowledged that there had been "an incident that occurred in school" that required "a staff member to be transported to a local medical facility.

"At all times during the incident, our campus was secured," Sasse added. "As always, the health, safety and well being of our students and staff continues to be my highest priority."

Fusco has since spoken to WSVN, where she said: "She has been hospitalised several times by this student. It's not this first time, not the second time, it's the third time." It's understood that in one situation, the student pinned Meadows down by pulling a bookcase on top of her.

"The district has failed," Fusco added. "They need to get in there and when the teachers are saying, 'I've got this happening,' whether it's one time. It should never get passed one time when it's that severe of rage and violence."

popular
Landlord faces £40k fine after tenant puts swimming pool on roof of flats
James May 'hospitalised after crashing into wall at 75mph filming new show'
Lisa Kudrow hits back at fans complaining about lack of diversity in Friends
Robin Williams' wife shares reason why he killed himself
Jamie Carragher trades Twitter blows with Gary Neville over Glazers tweet
Furious Reading and Leeds ticketholders demand refunds as band replaces Rage Against The Machine
The JOE Friday Pub Quiz: Week 307
You may also like
Crime
Cop explains why officers always touch the back of cars they pull over in the US
Crime
Navy sailor allegedly kills wife with hammer and sets home on fire with baby inside
Entertainment
The View hosts slam Jubilee and the UK for food, weather and colonial history
News
Diversity activists accuse DJ of wearing blackface at school before being told he's black
News
Joe Biden tries to shake hands with thin air after finishing speech
Next Page