'Initially, when it happened we thought it was a joke,' one source said

A student died while re-enacting a Jesus Christ crucifixion, and the audience apparently thought it was a joke. 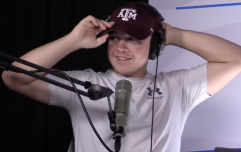 END_OF_DOCUMENT_TOKEN_TO_BE_REPLACED

Suel Ambrose, who studied at Claretian University of Nigeria in Nekede, fell down during the Passion of the Christ performance, the Nigerian newspaper Vanguard reports.

Ambrose was said to be 25-years-old.

The incident, on Good Friday, is said to have caused confusion amongst those who were watching.

A young man named Suel Ambrose has reportedly died during a #Jesus Christ drama enacted in his school in commemoration of the Easter festivities. According to reports the young man slumped and died in action. #Catholics #EndSARS #Easter #EndAnglophoneCrisis #GoodFriday #Church pic.twitter.com/temJLg6MXV 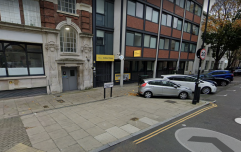 END_OF_DOCUMENT_TOKEN_TO_BE_REPLACED

A source at the university, who preferred to be called Micheal Eluwa, told Vanguard how the student fell down and, after some time, started bleeding while acting in the drama.

Eluwa said: “At the time the incident occurred everybody came together and rushed the deceased to a school hospital and later, when the case became worse, he was taken to a nearly Federal Medical Center, FMC. It was from there we heard he could not survive it.

“Initially when it happened we thought it was a joke, and that it was part of the drama, it was when he could not get up that was when we knew it was a serious matter and he was rushed to hospital.”

The priest in charge of students affairs at the university, Chukwuemeka Iheme, said the school would address the matter at a later stage.

Posting on Facebook, the Catholic Broadcast Commission in Nigeria explained how "tragedy struck" when Ambrose "slumped and died" while acting in a drama on campus.

The post said: "Correspondent who visited the campus on Saturday morning was told by students that the deceased who hailed from Benue State was dramatising the role of the biblical Peter in the Passion of Christ when the incident occurred.

"The drama is a representation of the activities about how Jesus Christ was crucified."

The post has received over 1,400 likes, with many sharing tributes in the comments. One said: "May his soul rest in peace."