Sir Elton John was forced to spend time in intensive care this week, after contracting a “potentially deadly” bacterial infection.

The hit-maker reportedly became violently ill at the end of his tour of South America last week and was forced to cancel nine concerts in Las Vegas and California.

According to his management team, the singer developed a “rare and potentially deadly” infection.

The 70-year-old singer has since been released from hospital and is said to be resting at his home. 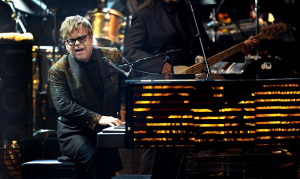 “Thankfully, Elton’s medical team identified this quickly and treated it successfully,” read a statement from his management.

“He is expected to make a full and complete recovery.”

Elton is said to return to the stage on June 3 for performances in the UK and apologised to fans in a statement that read:

"I am so fortunate to have the most incredible and loyal fans and apologise for disappointing them. I am extremely grateful to the medical team for their excellence in looking after me so well."