Ahhhhhh, so this is how they're kidnapping sharks now

A shark was stolen from a Texas aquarium on Saturday after the thieves disguised it as a baby in a pram and strolled right out of the main entrance. 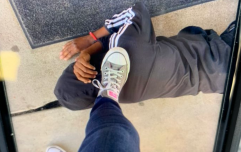 END_OF_DOCUMENT_TOKEN_TO_BE_REPLACED

The horn shark - named Miss Helen - has since been found and returned safely by Texas police after the incident.

Miss Helen was grabbed from an interactive, open shark touch pool by a man with a net. He then wrapped the shark in a wet blanket and carried the animal into one of the aquarium's filter rooms where another man and woman waiting with a baby's pram.

They then emptied a bucket of bleach solution, dropped the shark in and hid the bucket in the stroller before wheeling outside, with water leaking, and loading into a truck.

Fortunately, an aquarium employee noticed the quite obviously extremely suspicious behaviour right away and immediately reported the trio to management.

Members of the public helped locate the vehicle and on Monday all three were arrested, with one man being charged with theft whilst the cases against the male and female accomplices are ongoing.

Leon Valley Police Chief Joseph Salvaggio has revealed that two people have confessed to stealing the shark after they found it locked up inside the garage of a house designed to look like the San Antonio Aquarium it was taken from.

“Luckily, the thief was somebody who knew what he was doing,” he said. “Luckily for the shark and for the aquarium, we were able to get that animal back in one piece.” 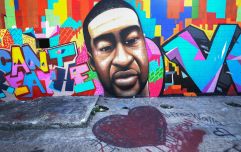 END_OF_DOCUMENT_TOKEN_TO_BE_REPLACED

"He knew very much what he was doing and kept that animal alive."

You can watch the aquarium's CCTV footage of the theft taking place below, courtesy of USA today:

The shark is reportedly healthy and being monitored as it recovers.