Seven children were rushed to hospital with four of them unresponsive after allegedly being given sleeping pills by another child.

Police were called to an incident in Hopewell, Virginia, on March 23 where they found numerous kids, aged between one and four, unresponsive after consuming prescription drugs. Three other children were conscious but lethargic at the property.

END_OF_DOCUMENT_TOKEN_TO_BE_REPLACED

Five of the kids were rushed to John Randolph Hospital, while the youngest two were taken to another hospital in critical condition.

Officers now believe that the seven-year-old had given the other kids the labeless sleeping pills while their mother had popped into the shop, reports VWBT.

Lieutenant Cheyenne Casale told ABC that the seven-year-old: "got into it and shared with the other children here."

They found numerous kids, ages between one and four, unresponsive after consuming prescription drugs/Via abc
Advertisement

Upon returning home and finding the children, the unnamed mother called the emergency services, who found a prescription for the harmful drugs. 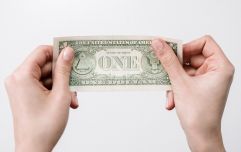 END_OF_DOCUMENT_TOKEN_TO_BE_REPLACED

NBC12's Mikea Turner tweeted: "Hopewell Police say seven children, as young as one y/o, are being treated at a hospital after taking what's believed to be a prescription drug medication. We have a crew on the ground. At least four kids were found breathing but unresponsive."

The incident happened in Hopewell, Virginia, on March 23/Via abc
Advertisement

The investigation is still ongoing and police are expected to name those involved over the coming days. Child Protective Services and the District Attorney's office are also part of the investigation.

"[To] find out who are we going to hold accountable and get these kids in a safe environment, that's our number one goal," Casale said.