Ryanair warns of disruptions to customers ahead of cabin crew negotiations

Having recognised pilot unions in Ireland and elsewhere, Ryanair foresees “short-term disruptions” ahead of similar engagement with cabin crew staff.

Ryanair CEO Michael O’Leary has warned that there could be “short-term disruptions” ahead for the airline in the near future as it prepares to extend its recent recognition of pilot unions to cabin crew staff.

Ryanair recently recognised pilot unions in Ireland and elsewhere for the first time in its history and in a statement on Monday, Michael O’Leary said that similar engagement with cabin crew unions would soon take place.

That engagement, O’Leary warned, could lead to “some complexity for our business and may cause short-term disruptions and negative PR”.

“After 30 years of successfully dealing directly with our people it became clear in December that a majority of pilots wanted to be represented by unions,” O’Leary said.

“In keeping with our policy to recognise unions when the majority of our people wanted it, we have met pilot unions in Ireland, UK, Spain, Germany, Italy, Portugal, Belgium and France to discuss how we can work with them on behalf of our people. We have successfully concluded our first recognition agreement with BALPA in the UK, a market which accounts for over 25% of our pilots. 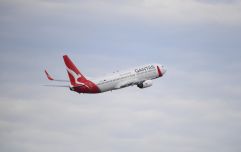 END_OF_DOCUMENT_TOKEN_TO_BE_REPLACED

“When this process has completed, we expect to have similar engagement with cabin crew unions.  While union recognition may add some complexity to our business and may cause short-term disruptions and negative PR it will not alter our cost leadership in European aviation, or change our plan to grow to 200m traffic p.a. by March 2024.”

O’Leary also warned of “localised disruptions and adverse PR” when speaking of the airline’s “cautious outlook” for the remainder of the financial year for 2018 and said that fares are expected to fall by “at least 3%”.

The warnings about potential disruptions for the year ahead came as Ryanair announced a 12% rise in profit in December 2017 compared to December 2016, as well as a 6% growth in traffic and a 4% decline in fares, with the average fare working out at €32 per customer.

At the weekend, meanwhile, it emerged that the airline's controversial seating plan could soon be a thing of a past ahead of a review by the British Civil Aviation Authority (CAA) of airlines' seating policies.

popular
The Only Way Is Essex star Mick Norcross dies, aged 57
The JOE Friday Pub Quiz: Week 227
Bernie Sanders memes spread like wildfire after Joe Biden inauguration
People think Jennifer Lopez lip-synced at Joe Biden's inauguration
A definitive ranking of every swear word from worst to best
Make your own Bernie Sanders meme in any location with this website
Police break up wedding party with 400 guests at school
You may also like
News
Croatia passes government threshold for quarantine measures
News
HS2 protesters take to the trees to halt construction
News
Ryanair says it plans to resume 40% of flights in July
Life
Race to Amsterdam: Luxury train vs budget plane
Sport
Want to watch Liverpool in New York City? Here's the place to go
Next Page